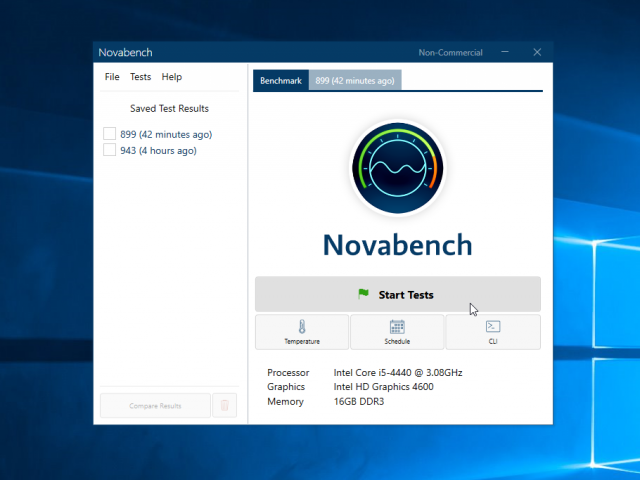 Novawave Inc has released Novabench 4.0, a major new update for its Windows and Mac benchmarking tool. Version 4.0 unveils new and updated benchmarks, plus an interface redesign.

The update also sees the program’s score comparison site improved, although at time of writing the ability to directly compare user results with previously submitted benchmarks wasn’t up and running.

Novabench focusses on four specific areas: processor (CPU), graphics card or chip (GPU), memory (RAM) and hard disk. These are split into several sub-tests -- for example, the GPU tests comprise a straightforward 3D render, compute test and support for multiple GPUs. The tests are not that sophisticated -- the disk tests focus solely on sequential performance and not random drive speeds, for example.

It’s easy to run, but the results -- delivered as four numbers -- are meaningless unless you subsequently submit them online. You can then register an account, or stay anonymous. You can then compare these results with other users to get a more meaningful overview of your system.

There are undoubtedly better and more comprehensive benchmarking tools out there, but these cost money.

Novabench 4.0 is available now as a free-for-personal-use download for PC (Windows 7 64-bit or later) and Mac (OS X 10.11 or later). A Pro license costs $49 and includes support for a portable version, temperature tracking, scheduled benchmarking and access to a command-line interface.