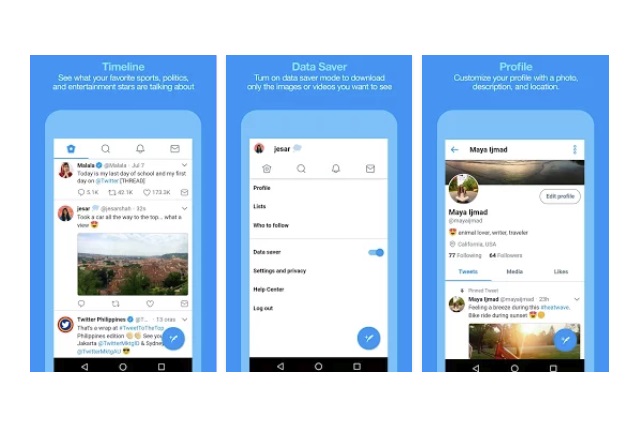 All of the major players have been busy creating "lite" versions of their apps and online experiences. Microsoft has LinkedIn Lite, Facebook has both Facebook Lite and Facebook Messenger Lite, and Google has its Search Lite app.

Back in April, Twitter decided to get in on the lite action by launching Twitter Lite, a cut-down, data-friendly version of its mobile website. Now the micro-blogging service has gone further and released a Twitter Lite app.

To start with, Twitter Lite is being made available through Google Play in the Philippines (although you can still download and use it wherever you may be -- see below). Twitter says that it is an experiment, and it's not clear whether or not the app will receive a wider rollout. As indicated by the market Google has chosen to test the app in, Twitter Lite is really designed for emerging markets where reliable, fast data connections may not be available, or people may be forced to work within limited data tariffs -- but there will almost certainly be interest in other parts of the world.

Twitter Lite can be used on 2G and 3G networks, and it includes all of the core features of the main app. One nice tweak, however, is the option to switch to a "media-free" mode in which users must explicitly indicate that they want particular images and videos to download.

In a statement given to TechCrunch, a Twitter spokesperson said:

Although the app has only officially been launched in the Philippines, it's likely that people in other counties will want to try it out. As happens with just about all geo-specific apps, Twitter Lite is available to download from APKMirror.

If you are in the Philippines, you can simply head over to Google Play to grab the app.