China's ICO ban will not derail the cryptocurrency movement 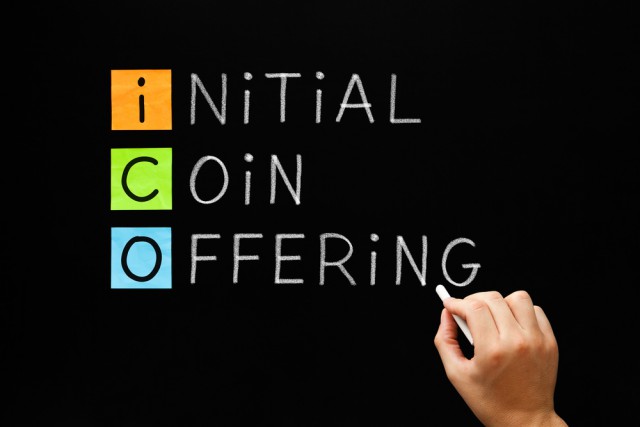 There is a boom in initial coin offerings (ICOs) in 2017, where firms are mainly offering in-app tokens for investors. These arrangements only work in a given ecosystem and represent companies that are trying hard to not offer "securities" due to the SEC, regulations, etc.

Many firms have taken in funds through ICOs that are far more than their true value and with such a supply of offerings, the quality of the typical ICO event has dropped precipitously. ICOs work as a crowdfunding tool where a percentage of the newly issued currency is provided to new investors in exchange for traditional money or a different cryptocurrency such as Bitcoin. In response to this unregulated and seemingly out of control market, the Chinese authorities recently banned ICOs to slow down the market while regulations can be enacted.

The basis of China’s argument for a ban is that ICOs function as investments, but without regulatory safeguards. There are some ICOs that are scams and pyramid schemes and they can provide a convenient front to money laundering or even terrorist network financing.

The big Wall Street firms are afraid of the cryptocurrency markets, with JPMorgan’s influential leader Jamie Dimon recently calling Bitcoin a "scam" that is worse than the infamous tulip bulbs rise and crash. He is calling for more regulation and predicting, and his words (and others in the finance community) have contributed to some extent to a short-term plummet for Bitcoin prices.

The Lingering Effects of a Ban

Despite the criticisms and regulatory actions, cryptocurrency usage isn’t going to stop simply because China enacted a "short-term" ban, and because of the concerns from financial industry giants. Bitcoin and other cryptocurrencies cannot, by their nature, be banned because they aren’t centralized and are truly global.

It’s relatively simple to ban a technology or financial instrument that runs through a centralized server or organization, but cryptocurrency is a new way of thinking about money. A single country, or even a group of countries cannot stop the people involved in the management and creation of these currencies.

Some countries such as Russia are moving into regulation, which represents a significant change from the country’s previous stance, and reflects the role these countries predict cryptocurrencies might hold in the future.

The immediate effect of the Chinese ban on ICO trading is that there will be more peer-to-peer exchanges. There will be less companies doing ICOs, but these will still occur and it’s unlikely the government can stop outsiders from acquiring Chinese investors, unless they use the country-surrounding firewall.

China also functions differently than countries in the West. The US, along with other countries, have an entire process that leads to a change in laws with lawyers, consultations, and the presentation of papers that would seek qualified opinions.

China works in its own way with many companies being controlled by the people in power. And China’s actions are not really a long-term "ban," but really a way to pause the ICO market and give regulators more time to figure out how they want citizens to interact with cryptocurrencies.

Companies in the US are growing tired of the slow-moving federal regulations and are increasingly looking to create startups in Singapore, Switzerland, and other countries that are actively looking for cryptocurrency-related businesses. Tech giants in California, such as Google, are dipping their feet into cryptocurrency markets, and are surely developing platforms that will spur innovation and help growth.

Eventually the US will catch up, with New York or some other forward-thinking state starting a licensing arrangement. If US regulators do not dive into cryptocurrencies soon, then after five to ten years of programmer and coder innovation, the technology will leave laggards behind.

As individuals and larger investors see less value in ICOs based on in-app tokens, we’ll see a transformative shift towards IPOs on the blockchain. Once that takes off, there will be an order of magnitude change for how companies receive funding. IPOs are typically very large amounts, and if that moves to the blockchain, then it will impact everyone involved in the traditional IPO process.

This shift is already occurring, with Goldman Sachs noting there was more funding via ICOs in the first two months of 2017 as there was for early-stage VC funding for internet companies.

The NYSE and other markets will have a lot of pushback for a movement of IPOs to the blockchain. They have servers, layers of technology, and billions invested in their operations. A shift in how IPOs are presented means billions would be taken out of the system.

Investment banks such as Goldman Sachs will be left out in the cold -- essentially all the traditional financial world will be affected and need to adapt accordingly. They’re disrupted by these young overseas programmers who are refining the blockchain and cryptocurrency with enhanced security and accessibility.

There are, of course, downsides to the cryptocurrency and ICOs. They’re a way to avoid taxes, hide assets, and realize gains without a paperwork trail. Those issues will need to be addressed and managed, but they aren’t enough to slow down usage in any meaningful way.

In the larger context, this disruption of financial technology and markets is long overdue. Cryptocurrency is instant and truly global, giving it a reach that correlates to the mobile generation that expects immediate actions and access to worldwide information.

Consider that a traditional bank wire transaction is an involved two-day process, or how the settlement of stocks on the NYSE was shortened, but is still two days. These represent older technologies and an antiquated way of conducting finance.

Cars disrupted horse-drawn carriages, lights disrupted candle makers. This is a similar change, with blockchains becoming the next generation of financial technology that can fundamentally transform the financial world.

Cryptocurrency is not a "bubble" or "fad" just because the price of Bitcoin has risen quickly over the past few years. It’s simply an emerging technology that will continue towards innovation and refinement.

The Chinese ban and other regulatory efforts will be simply a "pebble in the river" as cryptocurrencies and ICOs continue to become the base for financial transactions.