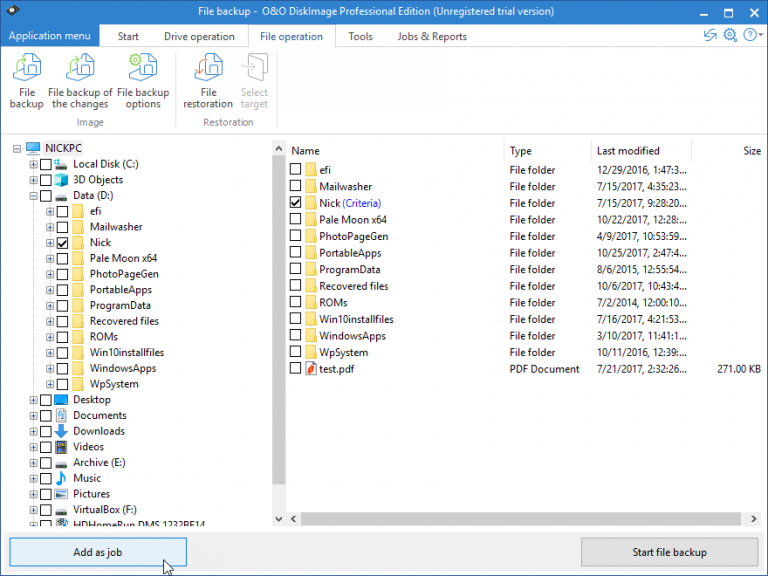 Version 12 focuses on improving its file-backup component, promising to complete backups in half the time of the previous release. It’s also updated for full compatibility with the newly released Windows 10 Fall Creators Update.

The file backup component, introduced back in version 10, has been recoded from the ground up to provide a much faster experience -- up to twice the speed of its predecessor. The file backup allows you to back up selected data folders and files as required -- a good way to protect yourself against ransomware.

The program’s main attraction remains its drive-imaging module, however. Use this to take a perfect copy of your entire PC before testing new software. Simply make a quick up-to-date backup of your current system, then install and test your new software, secure in the knowledge you can simply 'rollback' to your previous image after testing and carry on as if nothing had happened (much cleaner than uninstalling the program manually).

Other than a new program icon, and improved compatibility with the latest Windows 10 release, that’s it for new and improved features.

Long story short, there are few key new features, unless you’re desperate to shorten file-based backup times. If you’ve been sitting on an older version or never tried DiskImage, however, then now is a good time to try (or revisit) the program.

O&O DiskImage Professional 12.0 is available as free 30-day trial downloads for PCs running Windows Vista or later. Version 12 launches with a MSRP of $49.95 for a perpetual one-PC license.