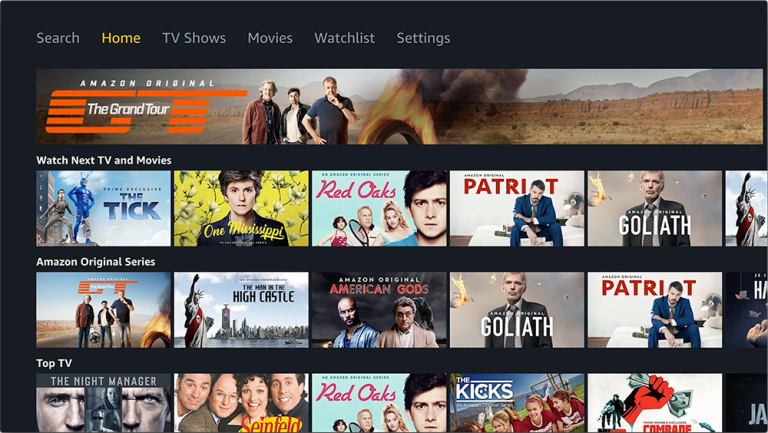 Not so long ago, when you stepped on a long-haul flight, you had to rely on their entertainment system to keep you and your kids entertained. And that’s if worked at all.

Thanks to your tablet or smartphone, you can now download your favorite movie or boxset and watch what you want, on your own personal device, when you want. You also control what your kids can watch, which is a bonus. You have the smartphone or tablet, now you need the relevant app to download content.

The most popular app is from the online streaming service Netflix. Netflix is the world’s leading subscription service for watching TV episodes and movies on your phone. If you are not a Netflix member, sign up for Netflix with their free one-month trial.

What makes Netflix standout is their huge investment in Netflix 'originals', which are movies and TV series exclusive to their network. Series such as Narcos, Orange is the New Black and House of Cards are just to mention a few of their original series. This has been extremely profitable for Netflix and has seen a good return on their investment. Netflix is available for $10.99 (£7.99) and there is a bunch of options if you want to stream to many different devices or 4K definition streaming. Netflix is also available on Smart TVs and Apple TV.

The biggest competition for Netflix right now is Amazon Prime Video. Which is great if you already have Amazon Prime, as it will be part of your existing subscription. Although if you do not want next day shipping on a bunch of items you do not want to buy, then you can also buy the video only subscription for $8.99 (£5.99) a month.

Amazon has also updated the Prime Video iOS app, offering the same content on your iPhone and iPad. There’s a solid reason for installing the Amazon Prime Video app on your iPad, as you can download movies and watch on the way to your vacation. Latest app features include Universal Search so you can search for videos from within iOS itself. You also receive support for the latest iPhone X, where you’ll be able to watch a great Prime Video originals such as the Grand Tour.

One slightly smaller but up-and-coming company in this realm is Hulu. Hulu has the best TV service in regard to watching current seasons. Just one day after your favorite show has aired, and it will be available on the Hulu app. Hulu also has a few original series of its own, but not as many as Netflix or Amazon Prime Video.  You also receive access to movies and they have recently started a live TV service as well, although it is limited for now.

Once you’ve set up your account, the service is very simple to use you can personalise it and create a personal queue and it also keeps a history of shows you’ve watched. It is also easy to access Hulu on many different devices, internet enabled TV’s, gaming consoles, tablets and of course, your smartphone.

But, herein lies a big issue with this app. Hulu has not yet added offline viewing or the ability to download shows which is a definite disadvantage versus the likes of Netflix and Amazon Prime Video. Additionally, even the commercial free option is not completely ad-free, and on the other options, you will see a fair number of commercials while watching the TV shows. Hulu is $7.99 per month and the ad-free option is a few bucks more. Hulu is available on smartphones and also is available on new Smart TV’s and the latest Apple TV update

If you are looking for something more specific, then there are apps which show only original content from the network itself. One of the key apps is HBO Now.

Home Box Office (HBO) is an American premium cable and satellite television network which is responsible for some great original shows, and also has several movies from Time Warner on tap as well. With HBO now, you do not need to have an HBO subscription to be able to access every episode of your favorite HBO Series, movies and other content.

Unlike sites from other streaming internet TV services, you only get HBO specific content, and thus will likely miss out on several other shows you may like. However, HBO is a great entertainment provider with some awesome original TV Shows, movies, sports, documentaries, and so on. This is all great but HBO now comes in at a staggering (versus other apps) $14.99, although for this you do get a lot of great original content and movies from Time Warner. Finally, while you can access HBO through smart TV’s and Apple TV, you cannot view it offline on the go with your phone, another major downside. 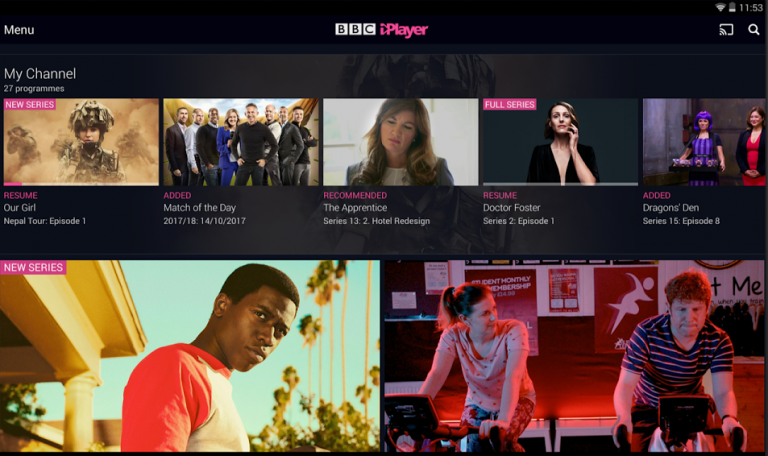 Another option, which is free, is BBC iPlayer app, although this will only work in the United Kingdom. If you like the BBC’s content this is a great option and as mentioned -- free!  BBC iPlayer is a slick app that has been perfectly designed for the iPad. You can easily navigate through the available videos and shows, using the Featured and Most Popular lists to home in on suggested viewing and listening. You can also browse through the schedule to check what you can look forward to in the near future.

If there is a show you always watch online, you can add it to a list of favorites for easy access. This means that you can quickly jump to new episodes as they become available without the need to scour the rest of the available videos.

There you have it, plenty of apps if you want to download and watch TV, movies or unique programs.