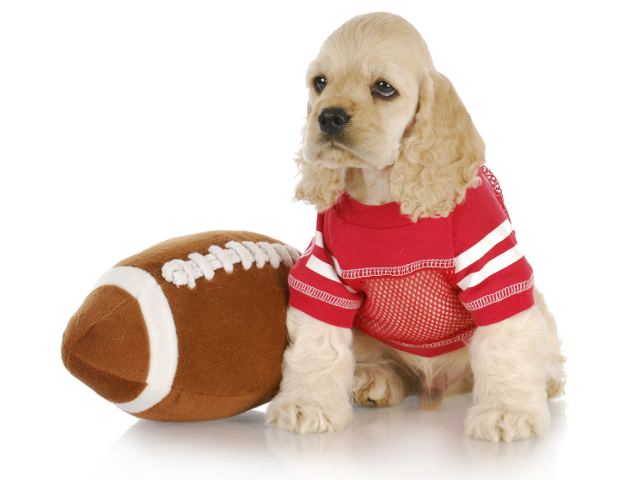 Super Bowl Weekend is officially here, and I am beyond excited. As a big New York Jets fan, I don't care much for the Eagles or Patriots, but I will root for the former as I strongly dislike the latter. Football aside, I also enjoy the commercials, the halftime show, and of course, eating buffalo chicken wings.

As an animal lover, I also love watching some other programming on Super Bowl Sunday -- the Puppy Bowl, and to a lesser extent, the Kitten Bowl. If you aren't familiar, these pet-themed Bowl games are essentially just cute animals playing on miniaturized football fields. These whimsical games are fun to watch, but more importantly, they usually raise awareness about pet adoption and similar causes. If you have a Roku device, I am happy to say you can use it to stream both the Puppy and Kitten Bowl.

"If you don’t know the names Tom Brady or Nick Foles, you're probably more excited to stream the Puppy Bowl or Kitten Bowl this Sunday, February 4! These are the cutest 'football' sporting events of the year where four-legged furballs compete for treats and touchdowns," says Melissa Morell, Senior Content and Social Media Manager, ‎Roku.

Morell shares the details below. Unfortunately, unlike the actual Super Bowl which you can watch without a cable or satellite subscription, there is no free option for either the Puppy or Kitten Bowl.

How to watch the Animal Planet Puppy Bowl XIV

How to watch the Hallmark Channel Kitten Bowl V

12pm ET on 2/4 | Watch on the Hallmark Channel with a subscription to DIRECTV NOW, PlayStation Vue and CenturyLink Stream