With Safari 11.1, Apple will introduce service workers to both macOS and iOS. Service workers are a crucial ingredient for Progressive Web Apps and will, therefore, bring a host of new capabilities and features to developers and Apple fans.

Google has been a big supporter for quite some time, but until recently, it looked like Apple was not on board. It seemed Apple would use it to draw a line in the sand between how it was going to do things and how Google wanted things to go. Apple introducing service workers to their OS platforms is beneficial to everyone, from business owners and developers to everyday app users.

How Do Service Workers Function?

Service workers are a background script. They're middlemen. They're a layer between the browser and the server, taking care of tasks when and how they are able, even when someone isn't actively using the application. They are essential to the creation of Progressive Web Apps, as they work in the background to provide its users with the best possible experience on any platform.

Service workers also help to create a seamless experience between mobile and desktop.

It provides a cohesive app-like experience for everyone, regardless of their connection speed or device type. The exception was, of course, for iOS and macOS devices. With the recent support update, that caveat has almost disappeared.

In addition to acting as a go-between, service workers actively speed up how PWAs load and function. This is done, primarily, by caching and downloading data in the background. Further, they help maintain optimum application functionality in the absence of an active network or server connection by making the most of their caching functions.

What Can Service Workers Do for Businesses and Developers?

Service workers and, by extension, progressive web apps will make things easier and more efficient for developers, businesses, and app users. Now that Apple and Safari support service workers, progressive web apps are proving themselves to be a real multi-platform strategy. If Apple continues to support this position, with further updates to Safari in support of PWA technologies, businesses will gain a more efficient, faster, and convenient channel to communicate with their customers. It will also be cheaper to update and maintain than the current mobile options, including mobile websites and native mobile apps.

Businesses will now be able to send push notifications through PWAs as well, making them even more app-like than before. True PWAs remove many barriers that plague native apps. They enable app functionality without necessitating a download on a user's device. They sync data in the background without requiring additional permissions and they help produce a product with a smaller footprint. All of these help lower the barrier to adoption for new app users, benefiting businesses and developers. This technology is already being used by big businesses and organizations including Starbucks, Lyft, Twitter, and NASA.

What Does this Mean for Everyday App Users?

Service workers allow for native app functionality without having to go through an app store. They can be distributed by a simple URL. Since PWAs are lighter apps with much the same functionality as applications currently available on the App Store, it's natural to assume that soon PWAs will be a consumer's de facto option. Why shouldn't it be? If you have the choice between a PWA or going through a lengthy download process, working your way through permissions, and then, finally, getting to use an app that takes up more of your precious hard-drive space, which would you choose?

PWAs exist outside of the app store, in the cloud. However, app stores are also able to integrate them and present them to potential users right alongside native apps. Microsoft has begun doing this as of mid-2017 and may have full-integration of PWAs within their app store by the end of 2018, if not sooner.

Looking at the Big Picture

Service workers are one-third of the PWA puzzle. To bring fully-realized progressive web apps to iOS and macOS platforms, Apple still needs to complete their Web App Manifest specifications. It's true that service workers are the most substantial piece, as they bring all the actual functionality that separates a PWA from any other type of web application or app. The web app manifests, on the other hand, helps a developer make their progressive web app feel and function more like the familiar native app.

These manifests house all of the metadata relevant to a given progressive web app. For a PWA to fully realize its potential, it needs to be able to be pinned to home screen, adapt to various screen sizes, and adjust how it renders elements to those environments. Web app manifests help it do all of those things.

The third piece is the App Shell. This is what makes a progressive web app look like a standard native app. This is the user interface usually built with a mobile-first approach. In most cases, it's made up of the same things as today's standard web page is: HTML, CSS, and JavaScript.

Now that service workers have been released, the bulk of what makes a PWA what it is is possible through Safari in much the same way as it is through Chrome, Firefox, or Opera. While it may not operate as smoothly or be as adaptable, it's a big step in the right direction.

If you aren't interested in mobile technology or you can't see how this applies beyond the mobile-only realm, consider what service workers could do to improve the general browsing experience of anyone in a rural area. Or anywhere else without a reliable connection. This is a technology that can make apps, viewed on a smartphone or a desktop, work reliably anywhere.

To conclude, Apple is a little bit later to the progressive web apps party than just about every other browser developer. But now they're in. It's no longer, "Will they support it?" it's "How much support will we see this year?” 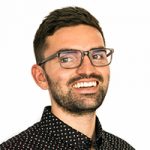 Andrew Gazdecki is the founder and CEO of Bizness Apps, a company that helps small businesses build mobile solutions to compete with big brands. Their mobile app building platform makes it possible for everyone to create a mobile app for their business. Many of our customers are mobile app resellers -- marketing or design agencies that use our platform to cost effectively build mobile apps for small business clients. When he isn’t helping small businesses, he is out surfing in the Pacific Ocean.