Judge: Trump should mute rather than block critics on Twitter 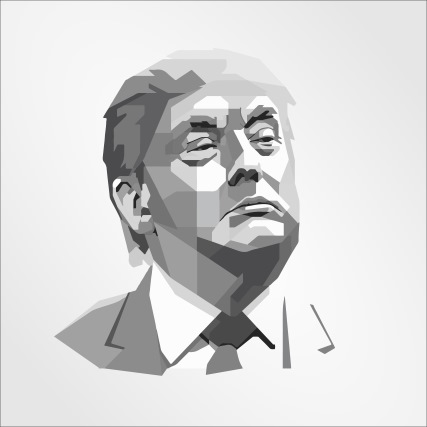 Donald Trump's use of Twitter is well known, and it's also been the source of some controversy for one reason or another. As well as his seemingly ill-thought out ramblings causing delight, amazement, disbelief and horror in just about equal measure, it has been suggested that the president's decision to block people who criticize him is unconstitutional.

Now a district judge may have come up with a solution, avoiding concerns about potential violation of the First Amendment. She suggests that rather than blocking people, Trump should just mute their accounts.

Back in July, a lawsuit was filed by the Knight First Amendment Institute at Columbia University and several people blocked on Twitter by Trump. At a hearing, US District Judge Naomi Reice Buchwald suggested a simple solution -- that the president simply stopped using the ban hammer and used another option Twitter makes available.

Isn't the answer he just mutes the person he finds personally offensive? He can avoid hearing them by muting them.

This common sense solution was broadly welcomed by Knight Institute lawyer Katherine Fallow who said: "It's not a perfect solution, but certainly, it is a pretty good one."

The judge said that US citizens had the right to communicate with the president, but conceded: "I'm not remotely suggesting that citizens have the right to insist someone in the government read their mail. No one has the time. There are not remotely enough hours in the day."

43 Responses to Judge: Trump should mute rather than block critics on Twitter