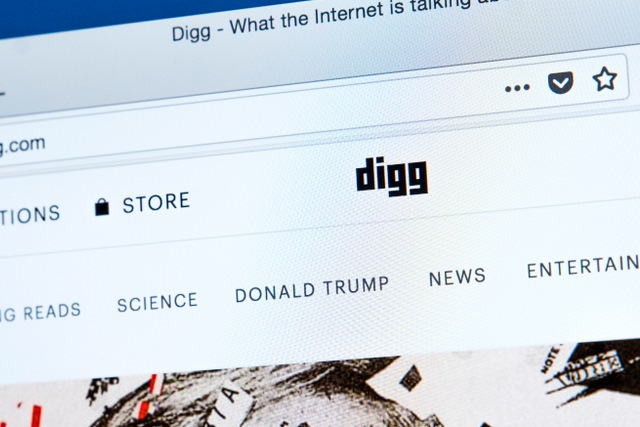 Digg used to carry some major clout on the internet, but this all changed back in 2012 when the site was bought by Betaworks. Now the site has been sold again, this time to an ad-tech company.

Boston-based BuySellAds has just bought Digg's assets and its editorial and revenue teams for an undisclosed amount. The company says that it "plans to streamline Digg and build up its ad stack", which will come as sad news for those who still cling onto a nostalgic image of what Digg used to be.

The news was first reported by FastCompany, and the sale comes just weeks after Digg closed down its RSS reader -- the appropriately named Digg Reader. This is not an outright sale. BuySellAds is acquiring a majority share in Digg; Betaworks and Digg's previous shareholders will retain a stake. On top of the sale to BuySellAds, much of the site's tech team has been hired by blockchain-based digital publishing platform Civil.

Civil recently hired eight former members of Digg's tech team. It’s a unique opportunity for us as we explore a larger partnership with Betaworks ahead of the launch of our decentralized marketplace for sustainable journalism.

The co-founder of Civil, Matt Coolidge, also said: "It's a unique opportunity for us as we explore a larger partnership with Betaworks ahead of the launch of our decentralized marketplace for sustainable journalism."

BuySellAds CEO Todd Garland says that Digg will continue to enjoy editorial independence and suggested that there was no need to be concerned about the involvement of an ad company, saying: "Don’t pay attention to the name, people. Our plan with Digg is to not screw it up."