Zuckerberg's appearance in front of the EU was an utter joke 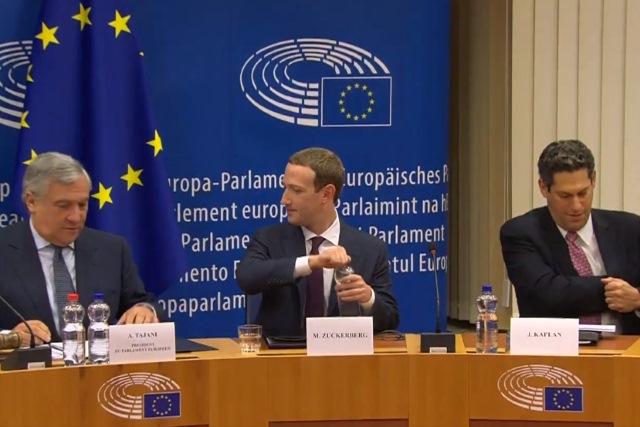 Yesterday, Facebook CEO Mark Zuckerberg appeared in front of members of the European Parliament to answer questions and to address concerns that the EU has about the social network in general, and its use of private data in particular -- thanks largely to the Cambridge Analytica data scandal.

At least that was the idea. What actually happened was nothing short of a farce, with Zuckerberg smugly sitting back and choosing which questions to answer, neatly avoiding any he was uncomfortable with. It was little more than a PR-cum-damage-limitation exercise for the Facebook founder... and it didn't really go very well.

There were many problems with Zuckerberg's appearance, but the format the event took was where things got off on the wrong foot and gave the Facebook founder far too much wriggle room to avoid answering anything he found too uncomfortable.

Rather than being posed a question by a member of the European Parliament and then being expected to offer up an answer, Zuckerberg was presented with all of the questions at once. This means that each of the politicians had a few minutes to address Zuckerberg and put their questions to him. He did not respond at this time, merely took notes. When the allotted time was up, the floor was given to the next politicians. This meant that Zuckerberg was asked dozens and dozens of questions in a row without having to answer any of them until later.

Once all of the questions had been posed, it was over to him. He was free to pick and choose how he approached his answers. He did not have to respond to questions in the order they were put to him and, indeed, there was no obligation for him to answer all of the questions. This is something he used to his own advantage. While he promised that a written response would be provided to any questions he had failed to address, this very much let him off the hook.

The format of the session mean that the politicians had no opportunity to follow up anything Zuckerberg did say. He could not be further probed, his responses could not be queried, and further questions that his dodging raised could simply not be asked. Zuckerberg was also free to interpret questions in whatever way he wanted. The questioner was not able to steer him in the right direction if he went off track.

Any answers he did give to questions were boilerplate templates, broad and general. There were very few specifics, no answers to direct, binary questions, and lots of evasiveness.

Zuckerberg didn't want to answer questions about breaking up Facebook, about shadow profiles, about transparency, about tracking non-users online, about regulation, and numerous other topics -- so he simply didn't. We have no reason to believe that these issues will be addressed in his written follow-up -- whenever that might appear -- and even if they are touched upon, if his responses are inadequate (as we can reasonably expect them to be, based on past experience) or raise further questions, it will be nigh on impossible to squeeze further information out of him.

Those in attendance at the Q session (I hesitate to call it a Q&A session) took to Twitter to voice their frustration at Zuckerberg's failure to answer their questions either satisfactorily, or at all.

Having slapped on his sickening salesman's smile, vomited up an insincere-sounding apology, and trotted out a smattering of vapid soundbites, Zuckerberg is probably happy with his performance and may even be operating under the illusion that he's done enough. He has not. The intense attention now focused on Facebook must, surely, one day, bring home to Zuckerberg the notion that with the very great power he wields with his social media behemoth comes a very great responsibility. He needs to face up to it.