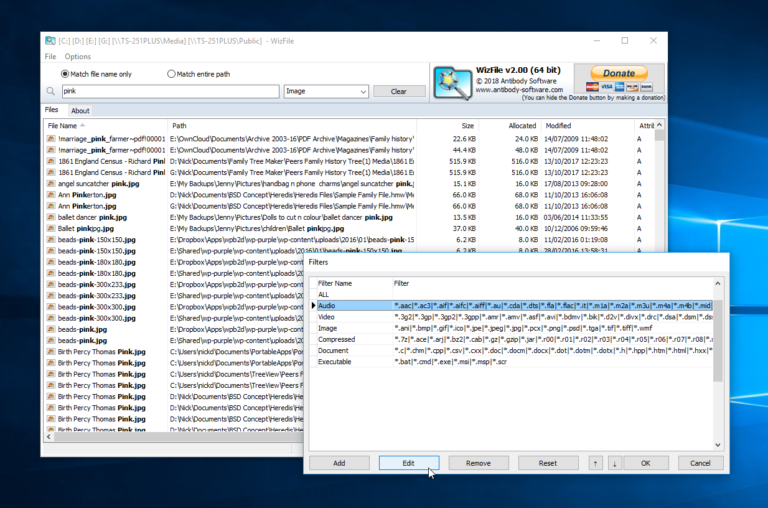 WizFile 2.0 opens by widening support to any drive, not simply those formatted using the NTFS file system. However, these aren’t selected by default -- users should choose Options > Select Drives… to add them.

The Select Drives… dialog also makes it possible for users to add network shares to file searches or specify individual folders to provide them with the ability to perform more narrow searches.

The program also supports user-defined filters, allowing users to perform targeted searches based on keywords or -- more practically -- file types. Several presets have been included, such as video, images, compressed and documents.

A new 'Monitor folder changes' option makes it possible to automatically update search results with any changes that occur.

Users can now rename files from the WizFile window the same way they would in File Explorer (F2 or by clicking to highlight and then clicking a second time).

High DPI support has been added, along with numerous performance improvements that include the promise of faster searches involving folder names. Background file monitoring is also improved, along with reduced CPU usage when updating file changes.

WizFile 2.0 and WizFile Portable 2.0 are both available now as freeware downloads for PCs running Windows XP or later.