Microsoft PowerShell Core for Linux now available as a Snap

Microsoft is a major proponent of both Linux and open source these days. This is a shock to many old-school computer users, but for those following the "new Microsoft" under Satya Nadella's leadership, it really isn't surprising. Hell, the company now owns GitHub!  The CEO keeps an open mind and is very focused on the cloud and services. While Windows still matters to the company, it is far from the main focus.

The Windows-maker releases plenty of software for Linux, such as the very popular Skype. For many, PowerShell Core has proven to be a useful tool, and today, Microsoft makes it available as a Snap. If you aren't familiar, a Snap is essentially a packaged version of a program that can be easily installed on many Linux distributions. Many see it as the future of Linux, as it has the potential to reduce fragmentation.

"PowerShell Core from Microsoft is now available for Linux as a Snap. Built on the .NET Framework, PowerShell is an open source task-based command-line shell and scripting language with the goal of being the ubiquitous language for managing hybrid cloud assets. It is designed specifically for system administrators and power-users to rapidly automate the administration of multiple operating systems and the processes related to the applications that run on those operating systems," says Canonical.

Joey Aiello, Program Manager, PowerShell explains, "Snaps are great because they provide a single package format that works across many Linux distributions, much like how PowerShell acts as a single automation platform across operating systems. We hope our users enjoy the simplified installation and update experience of Snaps as much as we do." 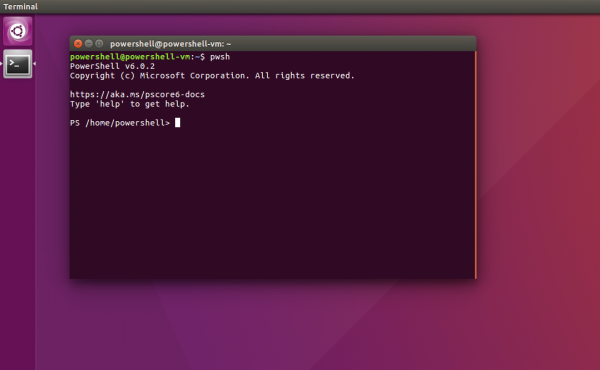 To install Microsoft PowerShell Core Snap, simply point your web browser here. In addition, if you want the absolute latest and greatest, there is an official preview/beta version found here. For those of you that prefer to use terminal, you can use the below commands.