Who cares what Trump thinks about Europe's record fine for Google? 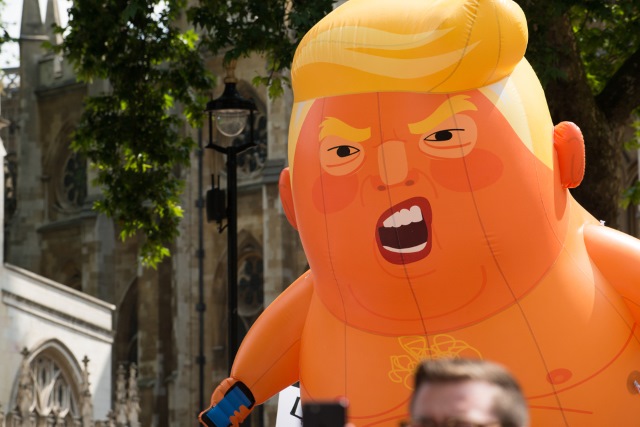 It's just days since the Europe hit Google with a record fine for what it described as "very serious illegal behavior" in an antitrust case about the company's abuse of Android to dominate the competition.

Unsurprisingly, a lot of people have an opinion not only about the way Google has acted, but also of the European commission's ruling itself. Among those with an opinion to share is none other than Donald Trump who used the fine as a way to paint the US as a victim at the hands of Europe.

It will shock no one that President Trump managed to find a way to take the ruling against Google personally, criticizing it as being demonstrative of Europe taking advantage of the US. Describing the search giant and Android-maker as "one of our great companies" he used Twitter to complain bitterly about the legal ruling, saying: "I told you so! The European Union just slapped a Five Billion Dollar fine on one of our great companies, Google. They truly have taken advantage of the US, but not for long!"

I told you so! The European Union just slapped a Five Billion Dollar fine on one of our great companies, Google. They truly have taken advantage of the U.S., but not for long!

Trump is clearly entitled to his opinion that Europe has taken advantage of the US -- regardless of whether there is any evidence to back up this claim -- but he seems to forget that his opinion of the law in other parts of the world doesn't really matter. Google was found to have violated European law and was slapped with a penalty as a result -- sort of like how Trump has chosen to hit other countries with sanctions, except this time it has been done through the courts.

The US president's dislike of the European Union is no secret; he has openly described the bloc as a "foe". As noted by Reuters, while it would be considered "unusual but not unheard of for officials to comment on decisions by enforcers in other jurisdictions", few will be surprised that the ruling was not something he could brood on silently.

What both Trump and Google need to realize is that in order to operate in different parts of the world, you need to play by the rules of those parts of the world -- whether you like it or not. Throwing a hissy fit about it isn't going to make any difference or do anyone any favors.

148 Responses to Who cares what Trump thinks about Europe's record fine for Google?