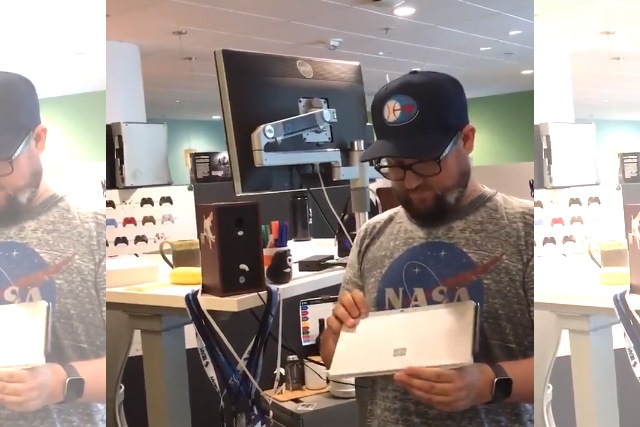 Due for release next week -- August 2, to be precise -- the Surface Go was revealed just a couple of weeks ago. Microsoft has already shared a few videos of its upcoming tablet on YouTube, but the new videos show Dona Sarkar and Brandon LeBlanc from the Windows Insider team getting hands on.

In the first video you can see the team drooling over the looks and lightness of the Surface Go:

We broke into where PR hangs out and unboxed a #SurfaceGo! Part 1 here starring @brandonleblanc 🔥🔥🔥 pic.twitter.com/bxzAYWo9dU

In the second, we get to see the kickstand in action, and hear the team waxing lyrical about the pen:

3 Responses to Microsoft reveals all in Surface Go unboxing video