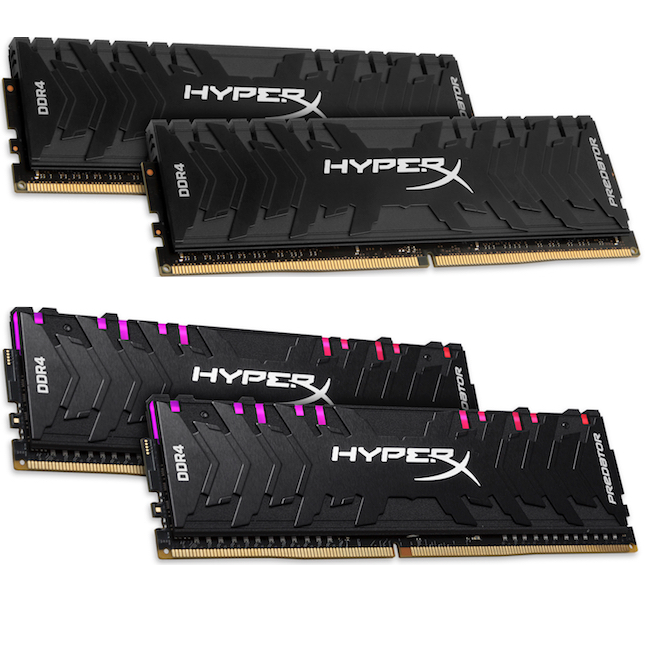 When building a desktop gaming PC, there are many brands of RAM from which to choose. If you think "RAM is RAM" and the company producing it doesn't matter, think again. Cheap RAM can lead to some serious headaches -- for system builders, nothing is worse than an unstable computer that experiences random crashes. In other words, the cost savings by going with a no-name brand of memory simply isn't worth the aggravation.

There are a some specific brands of RAM by which I swear, such as G.SKILL and HyperX. Speaking of the latter, today, the Kingston gaming brand announces that its Predator DDR4 and DDR4 RGB RAM kits are getting both increased frequencies and storage capacities.

"The Predator DDR4 RGB is now available in speeds up to 4000MHz and the HyperX Predator DDR4 memory now features expanded speed and capacities up to 128GB and frequencies up to 4133MHz. HyperX memory is designed for PC builders, enthusiasts and system integrators that need fast, high density memory," says HyperX 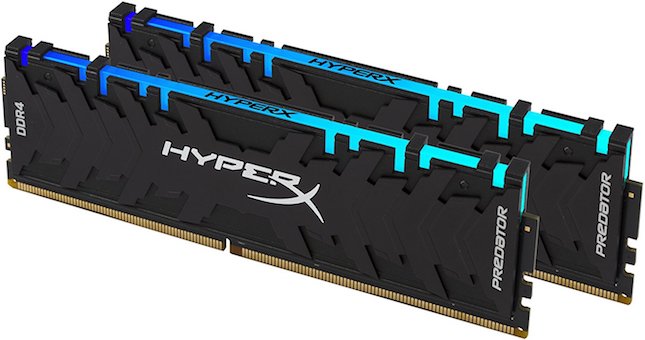 If you are an enthusiast or gamer that wants to purchase these new Predator DDR4 packages, they be found at the typical retailers, such as Newegg and Amazon. You can buy the standard DDR4 RAM on Amazon [amazon_textlink asin='B01GCWQ8VO' text='here' template='ProductLink' store='betanews02-20' marketplace='US' link_id='b4d152df-a3e7-11e8-bb0e-ab7c4908c60b'], while the RGB variant can be had [amazon_textlink asin='B07CKGJPS1' text='here' template='ProductLink' store='betanews02-20' marketplace='US' link_id='be7b143c-a3e7-11e8-bdd0-d595171fce1c']. If the new speeds and capacities aren't yet available, just try the links again later.