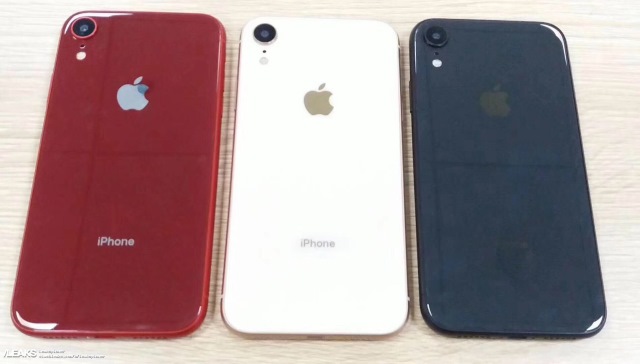 Historically, Apple has run a very tight ship when it comes to containing leaks, but things have changed slightly in more recent times. It has been thought for a little while now that the company is planning to release three new iPhone models later this week, and there have been leaks that seem to show off some of the handsets and hint at the names.

Now there are two new leaks. The first shows prototypes of 6.1-inch LCD iPhone, while the second seems to confirm the names iPhone Xc, iPhone Xs and iPhone Xs Plus.

The leaked image appeared last week, and shows what are alleged to be prototypes of 6.1-inch LCD iPhone. Thought to be the upcoming iPhone Xc, this could be the cheapest of the iPhones that are announced this week and will be available in red, white and blue variants. There is also a photo that shows dual SIM slots.

Guys... this is not clones or dummy models.. this is a real deal 🤯 Prototypes https://t.co/B8KESnTjx2

At this stage it's hard to tell whether these prototypes are representative of the upcoming handsets, but there's not long until we find out.

In a separate leak, a photo taken at a China Mobile presentation lends weight to the belief that Apple is going to unveil three handsets this week -- the iPhone Xc, iPhone Xs and iPhone Xs Plus -- but also suggests that the phones will be available from September 21.