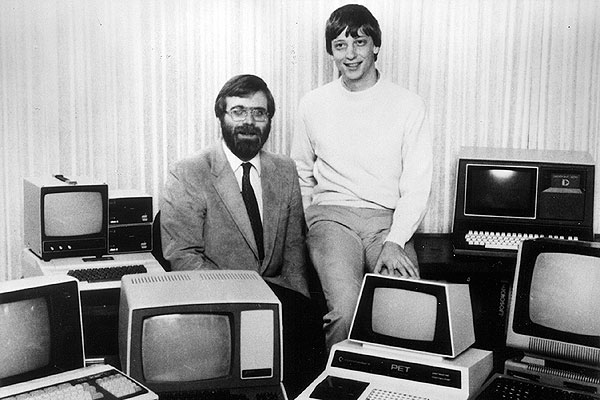 Paul Allen is dead. Sadly, the Microsoft co-founder succumbed to cancer today -- non-Hodgkin’s lymphoma, to be exact. His death is a bit of a surprise, as earlier in the month, he shared on Twitter that his prognosis was good. Unfortunately, as we learned from the death of Steve Jobs, money can't guarantee life -- an important thing to reflect on when feeling down about being broke. Good health is priceless.

While less famous than Bill Gates, Allen (the bearded one above) was still a tremendous force in the world of technology. The icon earned billions of dollars thanks to his time at Microsoft, something he used to become a big name in the world of sports -- surprising for a tech guy. He purchased both an NBA team (Portland Trail Blazers) and an NFL franchise (Seattle Seahawks). While I am sure he loved both teams, the latter was probably closer to his heart. You see, Allen was a significant presence in Seattle, WA -- the place he was born and died. He was probably beyond proud when he brought a Super Bowl championship to the city he loved so much.

Bill Gates has not yet officially commented on Allen's death, but this may not surprise some -- the two had a very tumultuous relationship. In fact, Allen accused Gates of trying to take advantage of him years ago while battling cancer -- a despicable thing if true. You can read more about that accusation -- and much more -- in Allen's memoir [amazon_textlink asin='B004X7GHC6' text='Idea Man.' template='ProductLink' store='betanews02-20' marketplace='US' link_id='a59a1862-d0d9-11e8-ad1e-85565ed73f74']

Paul Allen’s contributions to our company, our industry and to our community are indispensable. As co-founder of Microsoft, in his own quiet and persistent way, he created magical products, experiences and institutions, and in doing so, he changed the world. I have learned so much from him – his inquisitiveness, curiosity and push for high standards are something that will continue to inspire me and all of us at Microsoft. Our hearts are with Paul’s family and loved ones. Rest in peace.

We here at BetaNews offer our thoughts and prayers to Paul Allen's family. Rest In Peace, Paul. If you want to help fight cancer, please click here to donate to the Leukemia & Lymphoma Society.