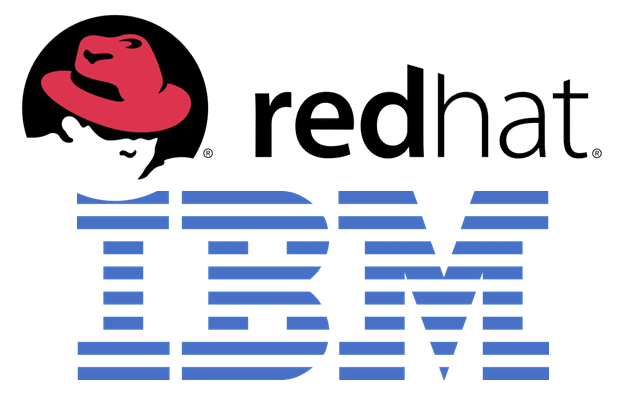 So IBM is buying Red Hat (home of the largest Enterprise Linux distribution) for $34 billion and readers want to know what I think of the deal. Well, if I made a list of acquisitions and things to do to save IBM, buying Red Hat would have been very close to the top of that list. It should have bought Red Hat 10 years ago when the stock market was in the gutter. Jumping the gun a bit, I have to say the bigger question is really which company’s culture will ultimately dominate? I’m hoping it’s Red Hat.

The deal is a good fit for many reasons explained below. And remember Red Hat is just down the road from IBM’s huge operation in Raleigh, NC.

Will there be a mad rush to create new Linux distros? No. I think that boat has already sailed and further Linux branding won’t happen, at least not for traditional business reasons.

Oracle has to hate this deal. Oracle’s Linux (the kernel part) is based on Red Hat. This will definitely cramp Oracle’s style. Most cloud providers resell Red Hat software, so now IBM will be getting money on their business. IBM could be in the position Microsoft has been for the last 30 years. For every PC made Microsoft got money.

Microsoft will hate this deal. Amazon will, too.

IBM’s core cloud technology and development stack has been seriously lagging the others, so Red Hat fills a huge void in IBM’s portfolio.

Here’s a question I haven’t heard being asked about this deal: Internally in IBM when one division uses another’s products, it pays for it including a profit margin. Internal sales at other software companies generally aren’t handled this way, which originated with the consent decree of 1956. IBM always took things to an extreme to give the right appearances (and boost earnings).  Will it keep doing this or start doing what other companies do? I’d say that depends on Red Hat.

Looking forward, here is the key issue with this deal: Will IBM allow Red Hat to mostly operate independently… or will IBM do to it what it has done to so many other acquisitions and suck the life out of otherwise good companies? Will IBM continue to allow Red Hat to do its development work? Will Red Hat’s support team(s) be laid off and the work sent to IBM call centers in India? Will IBM start increasing prices to help its earnings statements? Or will IBM contribute big parts of its software portfolio for Red Hat to make open, improve, promote, etc? IBM really doesn’t know how to manage and promote its good stuff. This could be a big improvement for IBM. If it doesn’t kill Red Hat first.

These big questions have yet to be answered, of course. Only time will tell. But we’ll shortly begin to see hints. What happens to Red Hat management, for example? There are those who think Red Hat will, in many ways, become the surviving corporate culture here -- that is if Red Hat’s Jim Whitehurst gets Ginni Rometty’s IBM CEO job as part of the deal. That’s what I am predicting will happen. Ginni is overdue for retirement, this acquisition will not only qualify her for a huge retirement package, it will do so in a way that won’t be clearly successful or unsuccessful for years to come, so no clawbacks. And yet the market will (eventually) love it, IBM shares will soar, and Ginni will depart looking like a genius.

And maybe Ginni is a genius, but it sure took her long enough to show it.

In the end the C-suite of IBM may be finally admitting to itself what you and I have known for several years -- that its strategic imperatives are not doing as well as promised. It also knows it's invested way too much in stock repurchases and way too little in the business. So with this Red Hat deal it's basically bet the farm to get itself back in the game.

With Whitehurst at the top of IBM, the company will not only have an outsider like Gerstner was, it will have its first CEO ever who won’t be coming with a sales background. This is very good, because IBM will have a technical leader finally running the show.

Ginni Rometty is past the age where IBM likes to retire CEO’s, which is 60.

Jim Whitehurst is 51, the age when IBM likes to hire new CEO’s.

I don’t see Whitehurst moving to Armonk, I do see IBM moving to Raleigh.

I do see Whitehurst as CEO of IBM in six months or less.

The Red Hat team will expand their products into new areas. IBM executives will retire in droves because they can’t compete and will resist learning something new.

IBM’s Distinguished Engineer Program and other paperwork-centric design engineering will soon be gone. Training will go from collecting badges on "mentoring, training, IBM processes" to "do you know how to do something technical?" Really technical like Red Hat, Cisco, Cloud, not paperwork processing or feel-good.

RedHat sales will explode with IBM’s big customers. Now the 1,800 largest IBM customers will-have a solution outside of Microsoft that they can respect. IBM Cloud will finally have a fully functional easy-to-develop Cloud solution with Red Hat where IBM owns the solution and is not just a VAR.

As I said, Microsoft will hate this deal, which is also bad news for Dell’s VMware and EMC divisions.

The deal should move IBM sales from its long obsession with profit or loss on gross revenues to a concentration on net new sales, killing the old Country Club sales force in the process.

Younger IBM management and younger IBMers will change the culture dramatically, making it more competitive. No, make that finally competitive.

Look for a huge shuffle in organization structures, reporting, departments, experience, and the current seven or eight tiers of management to be replaced with three or four.

Lots of old hands at IBM -- the bulk of the current organization -- will go.

Who knows, IBM might even become a cool place to work again.

That’s if it doesn’t screw it up.