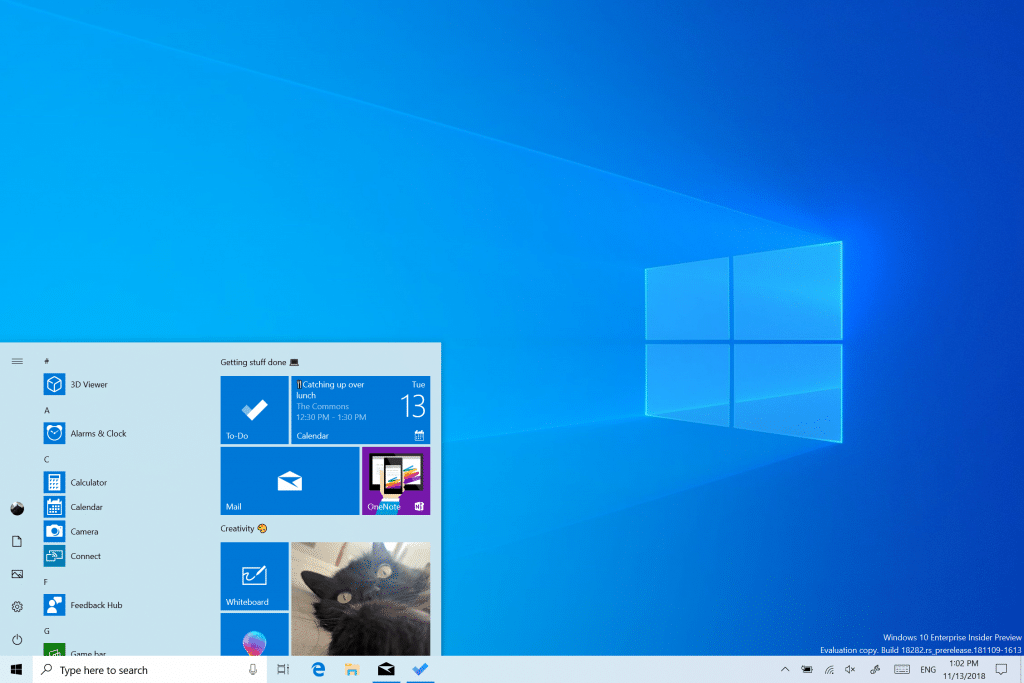 Microsoft has finally begun to roll out a new, and hopefully improved version of the Windows 10 October 2018 Update, meaning it once again only has the one major feature update in development.

Today the software giant releases Build 18282 on the 19H1 branch, and introduces some interesting new features. For 2018 most software companies have been giving us dark themes. For its next feature update, due out in spring 2019, Microsoft will be introducing a Light alternative.

You can enable this new theme, which I have to say I really like, by going to Settings > Personalization > Colors. Click the dropdown under 'Choose your color' and select Light. The new theme changes many elements of the OS UI, including the taskbar, Start menu, Action Center, touch keyboard and so on. Not all elements are currently Light-friendly though.

A part of this new Light theme, there’s a new default wallpaper. Go to Settings > Personalization > Themes and select Windows Light to apply it.

If you have the Dark theme enabled, then the OneDrive flyout will finally fit right in. 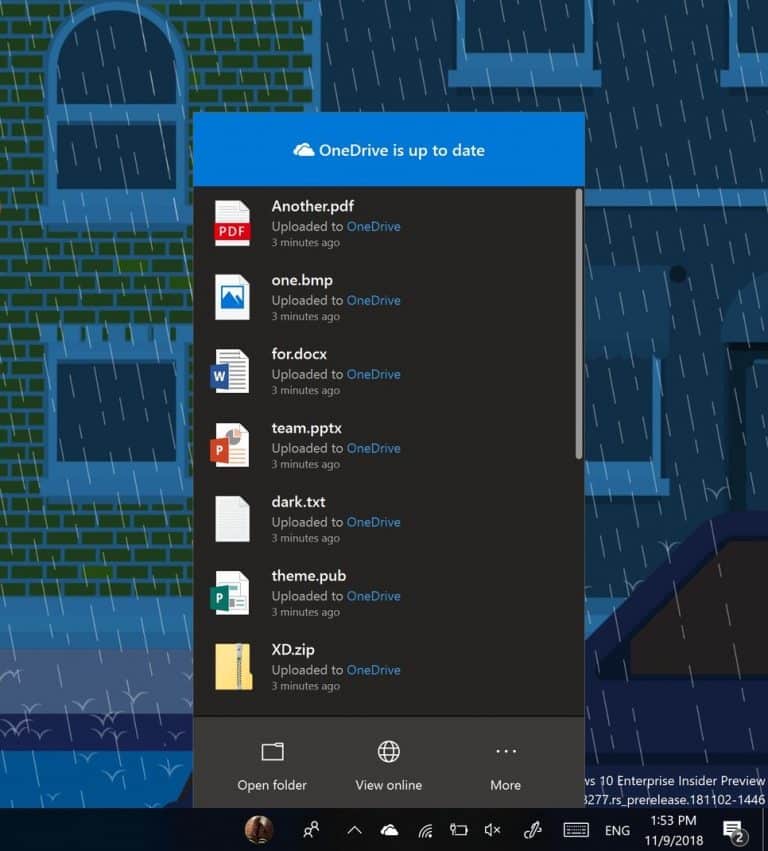 Half of Insiders will get the option to test new snipping features in this build -- delay snip and window snip -- and printing has been improved. As well as supporting the Light theme, the printing options now include icons, and long printer names will wrap around instead of being cut off.

The Pause Updates feature has been made easier to find in this build, and Windows can now automatically adjust active hours based on device activity. To turn the setting on, go to Settings > Update and Security > Windows Update > Change active hours.

Display brightness will no longer change when transitioning from a charger to battery power, and there have been some improvements made to Narrator as well.