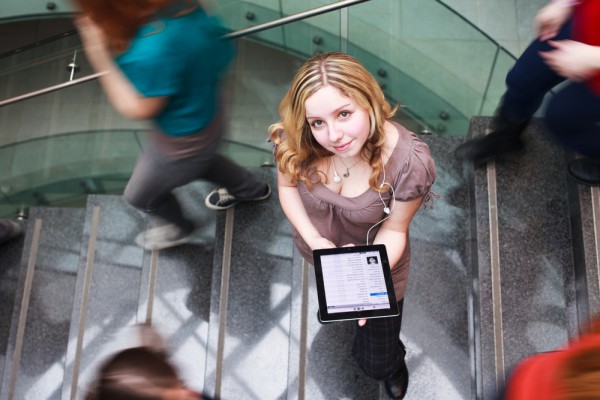 It's well known that there is a skills shortage in cyber security, with a predicted global shortfall of 1.8 million cybersecurity professionals by 2022.

But new research, commissioned by cybersecurity training organization the SANS Institute and conducted by respected research firm Vanson Bourne  polled 4000 students across the UK and EMEA and reveals a lack of awareness of careers in the sector.

Germany leads the way cyber awareness, with 92 percent of students saying they had heard of cybersecurity, followed by the UAE (85 percent) and the UK (82 percent). Belgium came bottom (76 percent). Given the prolific nature of cybersecurity and the media attention it attracts today, it's perhaps surprising that no country achieved 100 percent awareness.

60 percent of UK students that have heard of cybersecurity say they heard about it from teachers, considerably higher than in Belgium, Netherlands and Saudi Arabia, which trailed at 35 percent, 35 percent and 38 percent respectively. In Germany though came out as a top source (58 percent) as did online resources there (61 percent), significantly higher than any of the other countries surveyed.

Across EMEA 32 percent of surveyed students are considering IT as one of their top five career choices. In fact, it was more likely to be ranked in the top five than more traditional careers such as doctor/nurse (21 percent), teacher (19 percent) or working in finance (16 percent). Of those interested in a career in IT, creating apps and software was the most likely (61 percent) area of IT to be chosen, followed by IT system design (52 percent), and cybersecurity (49 percent).

Generally, awareness of careers in cybersecurity is low, just 11 percent of EMEA students (nine percent in the UK) say they are 'very aware' of roles in the sector. 65 percent of EMEA students would be more interested in cybersecurity as a job if they knew more about the topic generally. In the UAE and Saudi Arabia, where cyber awareness is high, 61 percent and 59 percent respectively were 'very' or 'somewhat aware' of career opportunities in cyber security. The UK ranked fifth out of the seven countries for careers awareness.

James Lyne, head of research and development at the SANS Institute says,

With pressure on organizations to find skilled cyber security professionals and the uncertainty of Brexit exacerbating the issue, it's now more important than ever for the UK to develop home-grown cyber talent, rather than relying on other nations to provide that expertise.

The outlook is more positive however, as there is now wider industry acknowledgement of the importance of engaging the younger generation in cyber security, to help plug the skills gap. Programmes such as Cyber Discovery, being delivered by SANS for the UK Government as part of its Cyber First initiative, are beginning to help address this lack of engagement. SANS encourages the development and roll-out of such programmes, so that Britain can effectively arm the workforce of tomorrow with the tools they need now to help make the country more competitive and secure.

A full copy of the report is available from the SANS Institute site.

One Response to Students aren't aware of cybersecurity career opportunities