Brits are more scared of spiders than cybercrime 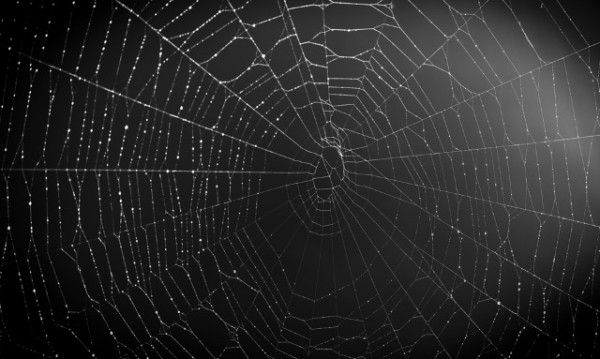 Cybercrime and hacking has overtaken flying, dogs and clowns in the top 10 list of things the British are most scared of, but still only ranks in sixth place behind spiders, heights, snakes, dentists and small spaces.

Arachnids top the list despite there being less than a one-in-a-million chance of being bitten by a spider badly enough to warrant going to hospital in the UK.

Cybersecurity company McAfee has released these findings to coincide with this week's 30th anniversary of the World Wide Web (and tomorrow's National Spider Day). According to the report, 23 percent of Brits have admitted to worrying about getting hacked and/or tracked by the government and businesses at least once a day.

There are concerns about AI too as over 10 million people in Britain fear it could pose the greatest threat to their data security. A fifth (21 percent) of people are worried they could cause a data security breach at their work, that infects internal systems, resulting in disciplinary action or even getting the sack. What’s more, work-related anxieties such as these are leading to a lack of confidence, loss of sleep and even illness in some cases.

Wi-Fi hotspots (32 percent), cloud storage/apps (22 percent) and devices connected to mobile networks (21 percent) are seen by Brits as the biggest cyber security threats facing them. Plus, interestingly, 50 percent believe that a cyber-war is happening right now and a quarter believe this warfare is the biggest threat to the nation.

"Whilst technology and the internet has enhanced many aspects of our lives, it is no surprise that it is also provoking concerns around privacy and data usage as people try to get to grips with the digital, new normal," John Fokker, head of cyber investigations at McAfee says. "Every single day, there is a new company in the middle of a data breach, or a household brand being called into question about their poor management of our sensitive information. Unfortunately, in their quest for profit, criminals are constantly shifting their tactics to take advantage of this. Nevertheless, the British public should not panic; there are simple steps everyone can take to keep their data safe, across all devices."

Safety tips include thinking before you click to avoid phishing attacks, using strong passwords for online accounts and a password manager to administer them, and not oversharing on social media. Other safety measures include being wary of public Wi-Fi hotspots and ensuring all your devices are protected from malware and mobile threats.

3 Responses to Brits are more scared of spiders than cybercrime