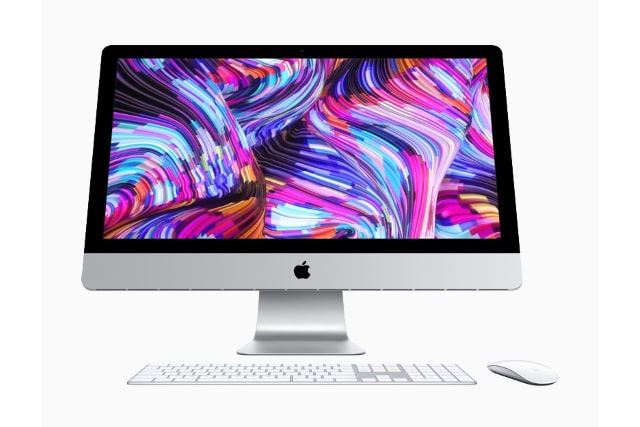 Just a day after launching new iPad Air and iPad mini models, Apple has announced the latest updates to its iMac range. The update has been a long time coming; it is well over a year since there were any changes made to the iMac line.

But good things come to those who wait. Apple's updates bring the humble iMac closer to the iMac Pro thanks to the addition of 9th-generation Intel processors and Radeon Pro Vega graphics -- which Apple says doubles performance. Despite the boost, Apple has made the pleasing decision of keeping pricing the same as before.

But while there have been changes under the hood, in terms of looks everything is the same. When it comes to aesthetics, Apple has adopted the if-it-ain't-broke-don't-try-to-fix-it attitude. You'll not only find the same cases in use -- complete with the same collection of ports -- but also the same 4K and 5K displays.

The iMac is available in 21.5- and 27-inch versions. The smaller model can be fitted out with an eighth-generation quad-core i3, a six-core i5, or an-eighth generation six-core i7 processor, with graphics taken care of by a Radeon Pro 555X GPU, a Radeon Pro 560X, or Radeon Pro Vega 20 GPU.

Customers are going to love the huge boost in iMac performance. With up to 8-core processors and powerful Vega graphics, the iMac lineup is stronger than ever. With its stunning Retina display, amazing design, twice the performance, and macOS Mojave that our customers love, iMac is by far the best desktop in the world.