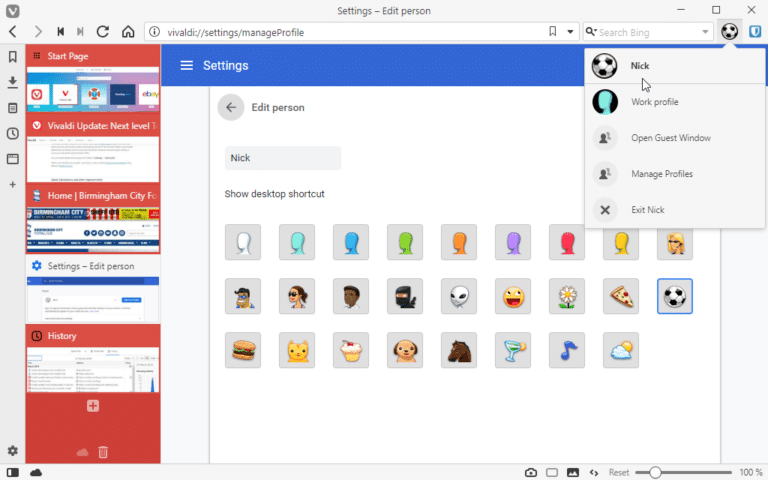 Opera R3 may be on the horizon, but the company’s ex-founder Jon von Tetzchner continues to reinvent the web browser for real with Vivaldi 2.4 for Windows, Mac and Linux.

Version 2.4’s main highlight is widened customization support for its toolbars in the form of being able to drag and drop selected buttons between Address and Status bars. Version 2.4 also introduces multi-user profile support to the GUI, improves its bookmark management tools and adds a calculator to the Quick Command tool.

Toolbar customization has been extended to support dragging and dropping of buttons between status and address toolbars, allowing users to configure the main part of the user interface to their personal satisfaction. Simply hold Shift while clicking and dragging an icon from one toolbar to the other.

Toolbars can be reset simply by right-clicking them in turn and choosing 'Customize > Reset Toolbar to Default’.

Improved bookmarking features include the ability to select multiple tabs (using the standard Ctrl and Shift keys) before right-clicking and choosing 'Bookmark x Tabs'. These will be organized into a date-stamped folder for later tweaking via the bookmark manager.

The Bookmarks Bar has also been improved for Windows and Linux users to allow access to nested bookmarks inside folders as well as via the right-click menu.

Vivaldi also adds support for multiple users within a single instance of the application, with each one having their own bookmarks, extensions, speed dials, cookies, browsing history and so on. This isn’t revolutionary of course -- it follows closely the model pioneered by Chrome.

The feature isn’t exactly new to Vivaldi either, but in previous builds was hidden behind command-line switches. Now it’s available through the GUI: click the person icon in the top right-corner of the Vivaldi window to view available options.

At the present time, users can add or remove profiles, but not amend existing ones from the 'Manage Profiles' options -- however, visiting chrome://settings (yes, really) in the browser reveals options for renaming profiles and changing the icon alongside other profile-specific tweaks.

Those not needing the feature can remove the profile button via Settings > Address Bar. 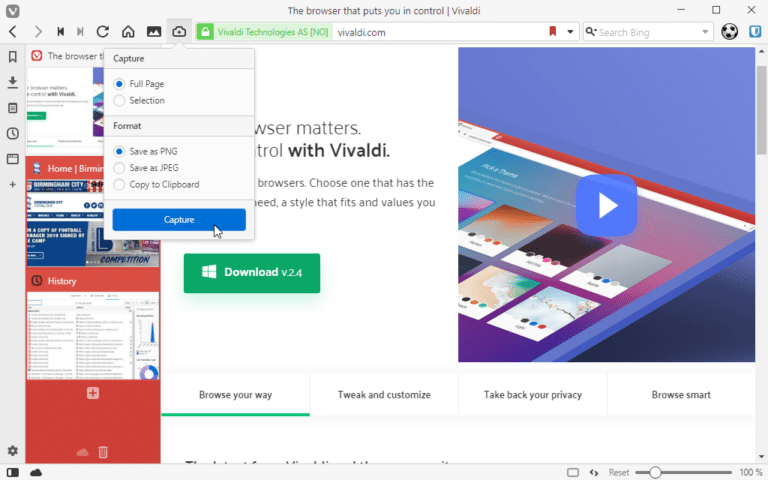 The final new feature of note is the addition of a calculator to the built-in Quick Commands tool -- press F2 or Cmd + E to invoke it.

The release comes alongside the news that Vivaldi is also closing in on the first public beta release of a mobile version for Android. Users can sign up to be notified. More news when it surfaces…

In the meantime, Vivaldi 2.4 is available now as a free download for Windows, Mac and Linux. Users can import data from a variety of browsers, including Opera (old and new versions), Chrome, Edge, Internet Explorer and -- via HTML export – Firefox.