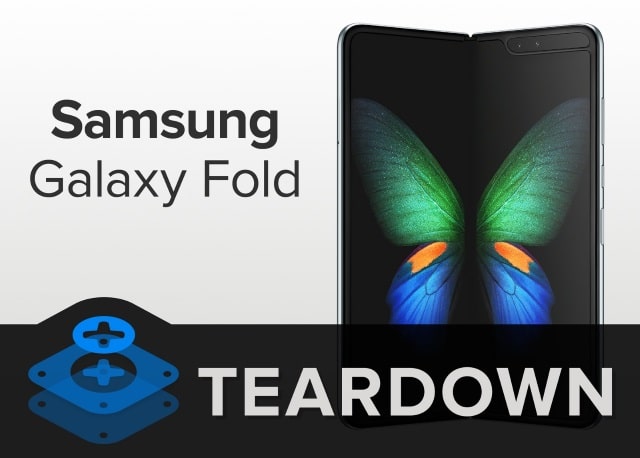 The launch of the Samsung Galaxy Fold has been mired in problems, culminating in the company postponing the foldable phone. In addition to reports of serious screen issues from journalists with review handsets, Samsung was also hit with an iFixit teardown that highlighted numerous design flaws.

Now, following pressure from Samsung, iFixit has removed the teardown -- although the site stresses that it was under no obligation, legal or otherwise, to do so.

It is understandable that Samsung was eager to have the teardown removed because, although it was not entirely negative, it was certainly not positive. iFixit obtained the Galaxy Fold it dismantled from a "trusted partner". Samsung made the removal request through this unnamed partner, and iFixit chose to comply.

Writing about the removal, iFixit says:

After two days of intense public interest, iFixit has removed our teardown of Samsung's Galaxy Fold. That analysis supported our suspicions that the device provided insufficient protection from debris damaging the screen.

We were provided our Galaxy Fold unit by a trusted partner. Samsung has requested, through that partner, that iFixit remove its teardown. We are under no obligation to remove our analysis, legal or otherwise. But out of respect for this partner, whom we consider an ally in making devices more repairable, we are choosing to withdraw our story until we can purchase a Galaxy Fold at retail.

Our team appreciated the chance to look inside this ambitious device. All new products face challenges -- this one perhaps more than most. We're grateful to have shared a glimpse of how Samsung's engineers addressed some of those challenges, and we look forward to sharing more as soon as possible.

Of course, the removal of the article from the site does not mean that it is gone from the internet. Over on Archive.org, you can still check out the teardown, for instance.

Itis not entirely clear what Samsung was hoping to achieve in getting the iFixit teardown taken offline -- if anything, it is going to draw even more attention to the apparent faults in the Galaxy Fold's design.