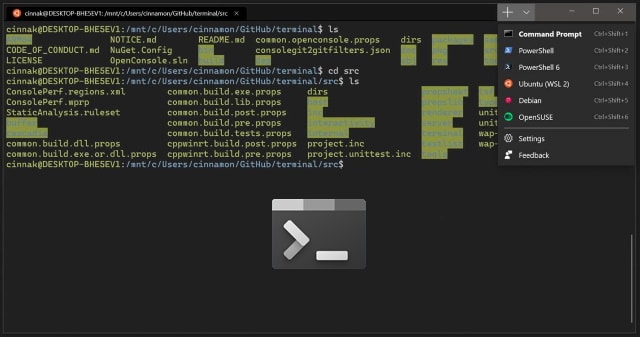 At its Build 2019 developer conference earlier this year, Microsoft revealed the Linux-inspired Windows Terminal, which gives access to the Command Prompt, PowerShell, and WSL (Windows Subsystem for Linux) in one place.

The code has been available to download and compile for a little while, but now Microsoft has released a ready-made Windows Terminal app for anyone to try out.

Warning that this is an app still in development, the company says:

This very early preview release includes many usability issues, most notably the lack of support for assistive technology. Much of the internal work to support this is complete and it's our top priority to support assistive technology very soon. To follow progress please follow this issue on GitHub: https://github.com/microsoft/terminal/issues/634

More preview builds are promised, but at the moment so timeline has been shared.

If you want to grab the app, you can download it from Microsoft Store.