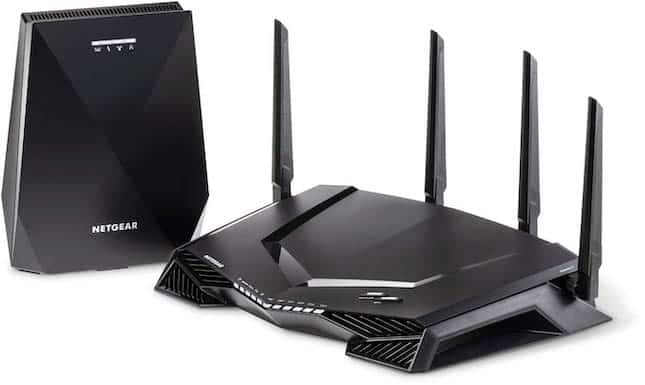 We are on the verge of the next big thing in home networking, which is 802.11ax -- also known as Wi-Fi 6. The truth, however, is it will be a very long time before a majority of households have 802.11ax routers or devices. Hell, I know many people still using 802.11G and N routers that are perfectly happy. Those that invest in Wi-Fi 6 today are most likely enthusiasts that don't really need it. They probably don't even have any 802.11ax clients!

With all of that said, it is still totally reasonable to buy an 802.11ac (Wi-Fi 5) router in late 2019. Today, NETGEAR launches a "new" 802.11ac mesh Wi-Fi system aimed at hardcore gamers. Called "XRM570 Nighthawk Pro Gaming," it really isn't a new product at all. Actually, it features two of the company's existing devices -- the XR500 router which comes factory-paired with the Mesh Range Extender EX7700. It runs the DumaOS, which is a specialized router operating system designed to prioritize gaming.

"This new mesh WiFi system for gamers includes a pre-paired Nighthawk Mesh extender to provide high-performance WiFi throughout your home. With Nighthawk Mesh Extender rapid set up, simply plug it in and experience whole home seamless WiFi coverage, with one network name. The tri-band mesh extender enables faster WiFi speeds than traditional extenders by providing a dedicated back channel for high-speed data flow and a Smart Roaming feature which intelligently connects your mobile devices to fast WiFi as you roam around the home with seamless 4K video streaming, web surfing and more," says NETGEAR. 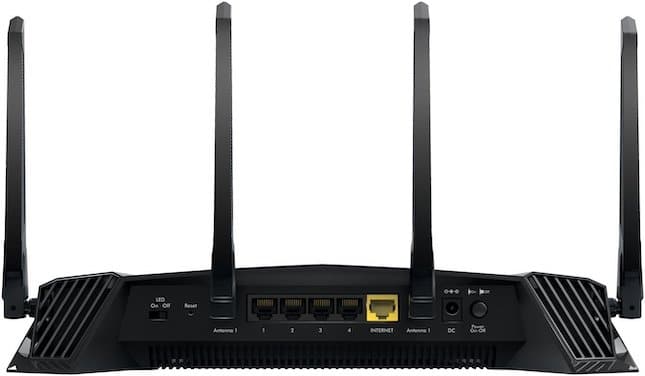 The company further says, "The dual-band WiFi router in the XRM570 system has a dual-core 1.7GHz processor, perfect for gaming as well as for HD streaming, and includes the award-winning NPG DumaOS Gaming Dashboard to enable features such as Geo Filtering, Hybrid VPN, Quality of Service (QoS), and Network Monitoring. The entire Nighthawk Pro Gaming line up is designed to reduce lag during online gameplay and prioritizes bandwidth by device to eliminate congestion while protecting your connection with VPN."

Gamers around the world have been applauding the benefits of the award-winning Nighthawk Pro Gaming routers. And now, customers no longer have to choose between whole home coverage or specialized gaming features. The new Nighthawk Pro Gaming Mesh WiFi system addresses the concerns of a modern household while also addressing the specific needs of the gamer and keeping every member of the household happily connected.

So, yeah, I suppose it is a bit disingenuous to call this a new product, since the hardware isn't really new. However, consumers should appreciate that they are pre-paired, making it a much easier out-of-the-box experience. Not to mention, there are some cost savings to be had.