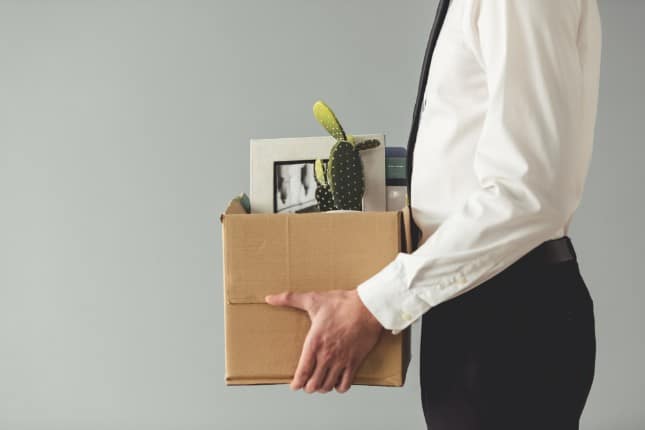 Apple has essentially kicked Jony Ive out of the company. Well, that's what my gut tells me anyway. Officially, the Chief Design Officer has left voluntarily to form a design company called "LoveFrom." This has sent shock waves throughout the technology community, as it was not at all expected.

Apparently, Apple will be LoveFrom's first client, which is just odd. It means Ive would work with Apple rather than for it -- a freelancer, if you will. This seems like malarkey to me -- the arrangement might just be a cover for all parties involved. Apple can protect its image by not sullying Ive's name through a proper firing, while Ive can continue to be a pompous bloke and retain his dignity. After all, neither party wants bad blood -- it can harm the reputation of both sides.

Speaking about Ive's replacements, Apple explains, "Design team leaders Evans Hankey, vice president of Industrial Design, and Alan Dye, vice president of Human Interface Design, will report to Jeff Williams, Apple's chief operating officer. Both Dye and Hankey have played key leadership roles on Apple's design team for many years. Williams has led the development of Apple Watch since its inception and will spend more of his time working with the design team in their studio."

Jony is a singular figure in the design world and his role in Apple’s revival cannot be overstated, from 1998's groundbreaking iMac to the iPhone and the unprecedented ambition of Apple Park, where recently he has been putting so much of his energy and care. Apple will continue to benefit from Jony's talents by working directly with him on exclusive projects, and through the ongoing work of the brilliant and passionate design team he has built. After so many years working closely together, I’m happy that our relationship continues to evolve and I look forward to working with Jony long into the future.

But why would Apple want to part ways with Jony Ive if he was such a brilliant designer? Because as of late, he is an utter failure in that regard. Look, I don't intend to come off as mean, I don't hate Ive, but recent Apple products have been sub-par. For instance, with products like the "trash can" Mac Pro, the MacBook Pro and its failure-prone keyboard, and the rejected-by-consumers HomePod, Apple's hardware business has suffered tremendously in the court of public opinion. Sure, the company is still making a ton of money, but that is despite Ive's poor design choices -- not because of them.

Sadly, Ive was so focused on making products thin and beautiful, that he seemingly neglected usability and dependability. Quality products need to be more than flash. For example, you don't pay big bucks for a Mercedes just because it looks pretty. Unfortunately, Ive was only focused on the superficial, and both Apple and its customers have suffered dearly. Ive committed an unforgivable sin in the world of Apple -- he harmed the brand.

Jony Ive says the follwoing regarding his tenure at Apple.

After nearly 30 years and countless projects, I am most proud of the lasting work we have done to create a design team, process and culture at Apple that is without peer. Today it is stronger, more vibrant and more talented than at any point in Apple's history. The team will certainly thrive under the excellent leadership of Evans, Alan and Jeff, who have been among my closest collaborators. I have the utmost confidence in my designer colleagues at Apple, who remain my closest friends, and I look forward to working with them for many years to come.

Understandably, some folks will worry about Apple's future without Jony Ive. Hell, the company's stock took a hit following the news of Ive's departure. That concern may be misguided, however. Quite frankly, I am excited about some new blood getting a crack at designing Apple's products. This could very well end up being a positive. Maybe the next MacBook Pro will have a keyboard that can withstand a piece of dust. We can dream, right?

15 Responses to Apple and Jony Ive are consciously uncoupling