Three-hundred-and-forty-two in a series. Welcome to this week's overview of the best apps, games and extensions released for Windows 10 on the Microsoft Store in the past seven days.

Microsoft revealed that the next "feature update" for Windows 10, Windows 10 19H2, will be delivered like any other cumulative update for the operating system.

ConfigMgr Client TCP Port Tester is designed to test the default ports used by the System Center Configuration Manager client to make sure that communication is possible and to troubleshoot if that is not the case.

The app checks the inbound ports and that communication of the client with its management point, distribution point and software update point is allowed. 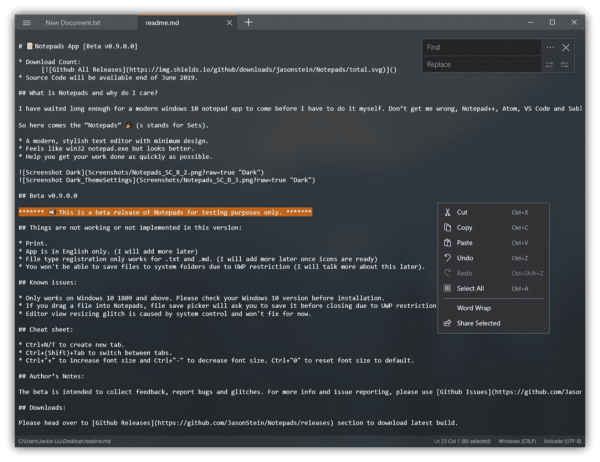 Notepads is a new plain text editor that has been released as a beta. The editor features a fluent design and plenty of user interface customizations.

It uses tabs just like Notepad++ and other third-party editors so that multiple documents can be opened next to each other.

One feature that sets it apart from most non-UWP apps is its handwriting support. Other than that, it is possible to launch it from the command prompt or Powershell by typing notepads.

The editor is quite fast and responsive, and while it lacks many of the features of popular third-party plain text editors, it is off to a good start.

The latest version of the Your Phone app syncs Android notifications.