New from CBS All Access -- It's 'Star Trek: Incontinence' 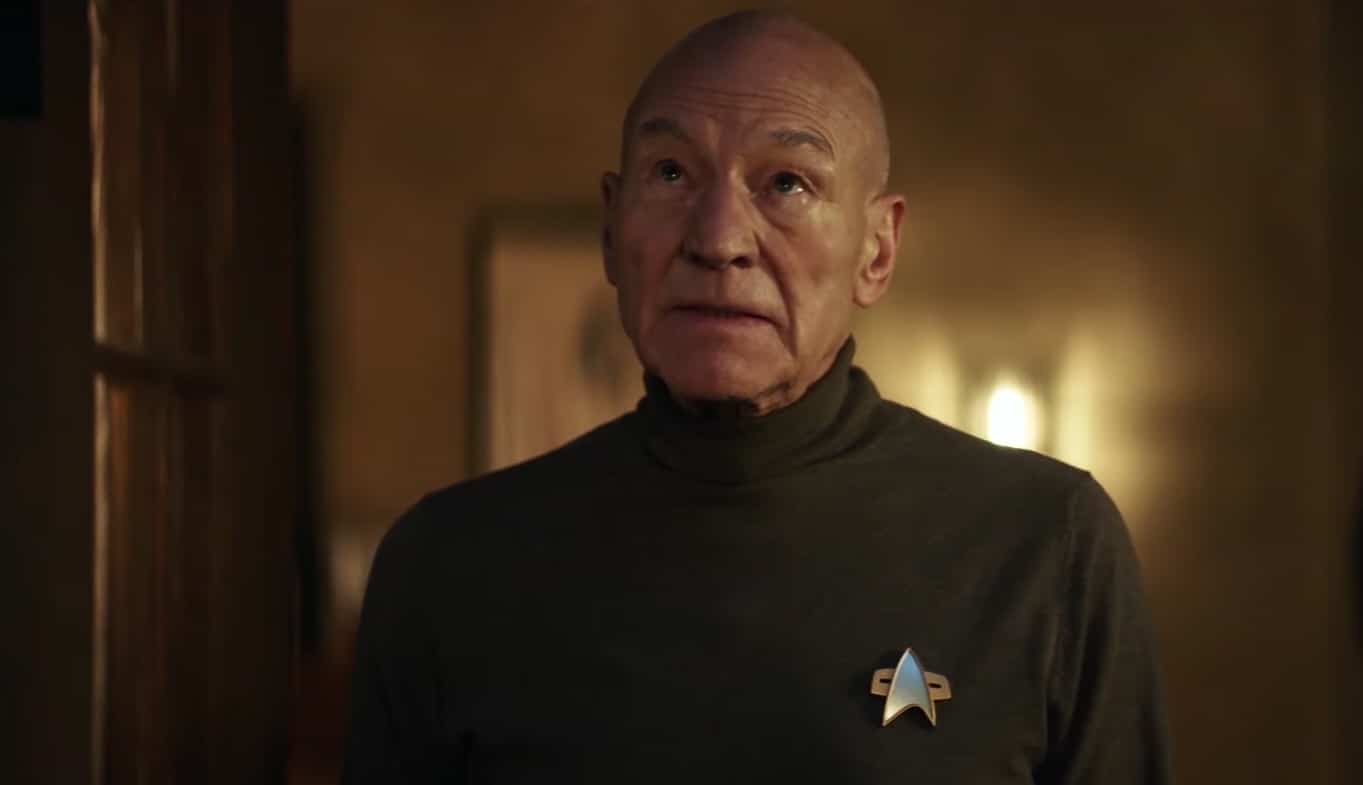 I was half-expecting Jean Luc Picard to utter those very words to complete his iconic line from the new Star Trek: Picard trailer (non-US based viewers can check it out here). And as the preview ended, I couldn’t help but feel like I’d just watched some trippy infomercial for "Senior Adventure Travel." Those wide shots of a Picard shuffling through various landscapes -- backpack on his shoulder, look of child-like wonder on his face -- had me reaching for my bottle of Geritol.

Seriously, after all the hype and anticipation, this can’t be the new Star Trek we’ve been promised! The Captain Picard I remember from The Next Generation was a mature, yet energetic and fit, individual who commanded respect through a calm voice and stoic demeanor. The frail looking Picard from the new trailer looks more like an abductee from an old folks’ home. Most of the shots show him appearing bewildered or a bit overwhelmed -- as if he’d wandered off the hospital grounds and got caught up, Chappie-style, in some caper of which he’s only partially aware.

Maybe I’m just jaded by my own advancing age, but to be honest, Picard has never been my favorite Star Trek captain (or admiral). I’d take Discovery’s Pike over him in a heartbeat. In fact, I rank him nearly dead last behind Gergiou, Janeway, Kirk (TOS and JJ Trek) and even Archer (what can I say, I’m a Scott Bakula fan). Only Sisko ranks lower in my personal list of "center seaters."

And before you challenge my "Trekker" bona fides, know that I’ve seen literally every episode of every series (except Deep Space 9, which prior to season 3 was just unwatchable). I’m also an avid PvP captain in the Star Trek Online MMO (my Reman character, "Evul Jacob" of the "Hax Pandas" fleet, is coming for you). The Wrath of Khan is one of my all-time favorite films of any genre, and I can name nearly every class of starship to ever grace the big or small screen (a D’deridex is one big ass warbird).

Of course, the studio is hoping that nostalgia will translate into eyeballs (see my previous review of the trailer for Top Gun: Maverick for the right way to do this). But no amount of stunt casting or creepy fan servicing (Brent Spiner just looks "off" in his Commander Data makeup) can cover up the fact that the series lead is nearly an octogenarian who seems even more feeble than the cosmetically aged version of himself he played back in the TNG series finale, "All Good Things." Proof I guess that, when it comes to portraying the ravages of time, there is simply no substitute for real world experience.

Bottom Line: I’ve earned the right to be picky about my Trek entertainment and, to me at least, the new Picard series looks like a dud. Or worse, a cheap attempt by the studio to leverage name recognition to launch a new series (or series of series) that will eventually kill off the titular character once they feel the supporting cast can stand on their own.

66 Responses to New from CBS All Access -- It's 'Star Trek: Incontinence'