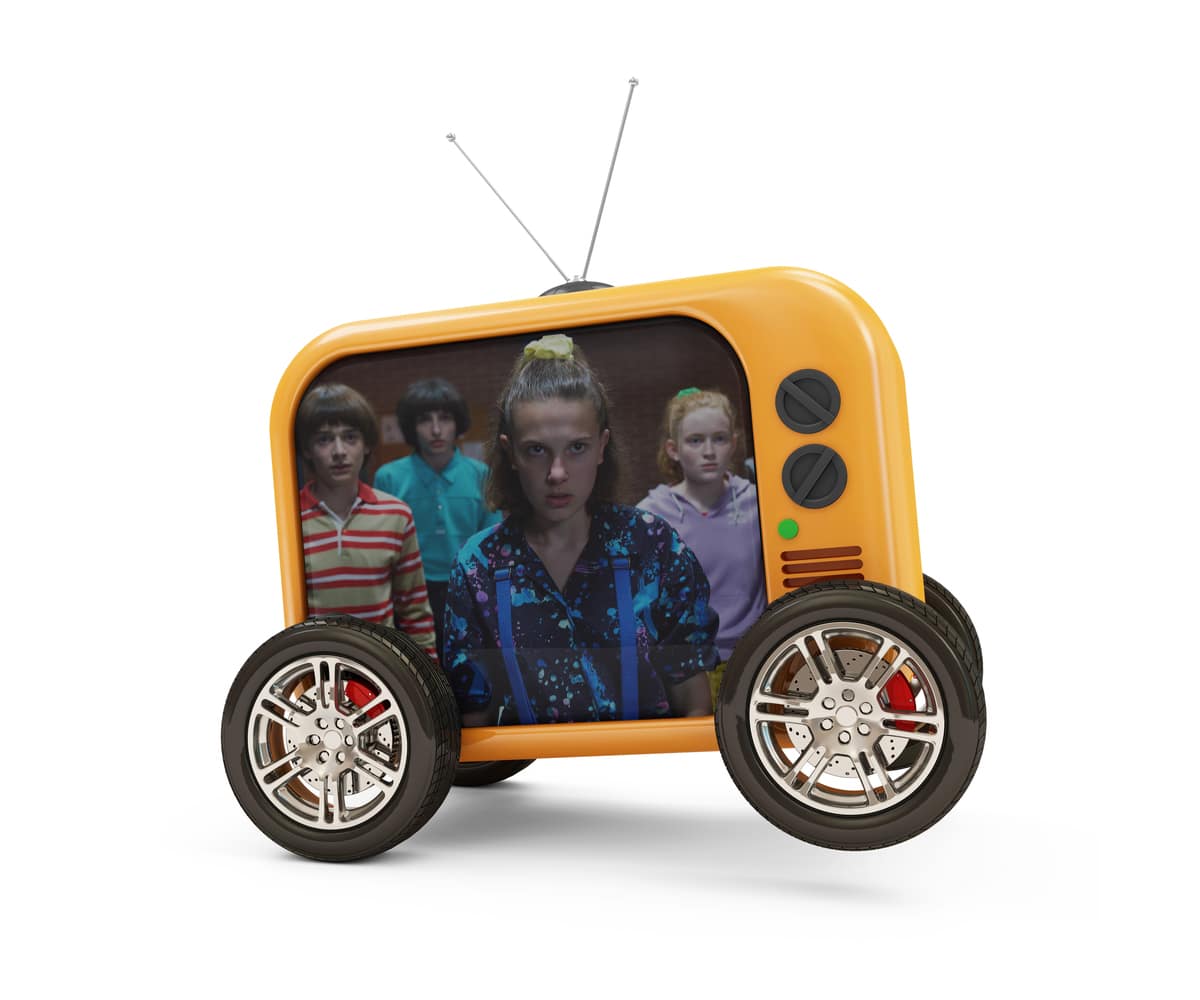 We all have one. That cheapskate friend who never seems to have any money and who is always trying to sponge off you.

My old college pal Freddy is like that, especially when it comes to technology. For years, he limped by with no smart phone. Then, when he did get one, it was the lowest-end Android model from one of those el-cheapo prepaid wireless companies.

And, of course he never has any data left on his super-cheapskate wireless plan -- which means he’s always asking to use my wireless hotspot when we’re out and about in (you guessed it) my car.

Note to self: Never brag to your friends that you have unlimited mobile data and the technical chops to get PDAnet+ working across any device.

Indeed, Freddy really does live up to his nickname "spongey" in nearly every way imaginable. But even I was shocked by his reaction to the news that Tesla would soon be enabling Netflix streaming on the center console displays of its popular electric car lineup: "ZOMG! Free TV…everywhere!"

At this point I should mention that Freddy also doesn’t own a TV. Rather, he gets his audiovisual kicks by lurking in the HDTV sections of electronics stores ("A great way to catch up on those recent blockbusters") or by peering, voyeur-style, into people’s cars at highway rest stops and fast food parking lots ("I’ve watched entire seasons of 'The Care Bears' and 'My Little Pony' that way").

Just last week he insisted I slow down and pace a minivan so he could finally watch the ending of "The Lion King" (he was nearly brought to tears). So, I can only imagine how bad he’ll become when every Tesla on the road is transformed into a potential means for watching "Stranger Things" on the cheap.

Never mind that I already treat every Tesla I see with suspicion. Call me old fashioned, but I have a lot less faith than Elon does in his "fully autonomous driving" technology. I keep waiting for that Model 3 or S in front of me to suddenly swerve in reaction to some random combination of refracted light and shadow that its onboard systems interpreted as a "deer in the roadway."

So, for me the name "Tesla" is already synonymous with vehicular danger. But with this new Netflix development, I must also now be on the lookout for distracted drivers trying to see "what’s on TV in the next car over."

It reminds me of that time in Arizona when I was stuck behind a logjam of slow rollers who were all transfixed on the backseat infotainment screens of a late model Dodge Caravan. Apparently, the driver had been using the vehicle as a makeshift porn-viewing hideaway, and he mistakenly left a copy of "Blondage" running in a loop for the whole world to see.

Can similar scenarios, involving (hopefully) less salacious content, be very far off? And how will we, the owners of traditional, human-driven vehicles, cope when every other car becomes a rolling invitation to "channel surf" at 80 miles per hour?

"Speed up, man! Eleven is about to take on the Demogorgon!"

2 Responses to New on Netflix: Channel surfing at 80MPH