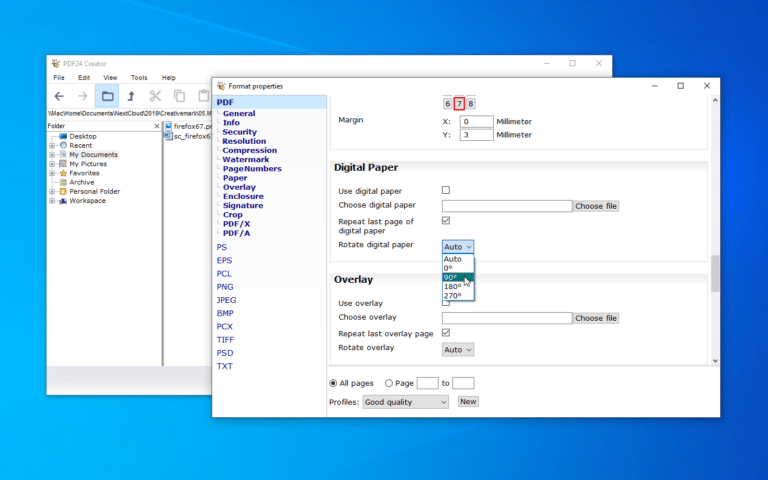 Geek Software GMBH has released pdf24 Creator 9.0, a major new version of its freeware suite of tools designed to create and manipulate PDF files. Features include the ability to merge, split and extract individual pages from PDF files, plus create secure documents.

The program adds several new features, including a zip-like merge tool for PDF documents as well as the ability to quickly reverse a document’s page order. Users also gain a handful of additional options as well as a selection of minor improvements

pdf24 Creator 9.0’s new features focus on giving users more control and choice. A new zip-like button is added to the main toolbar, allowing users to merge a selection of documents using the so-called zipper method. This basically merges the documents together page by page, so page 1 of each document comes first, followed by all the pages 2s, page 3s and so on.

The program also debuts a new menu item -- in the classic hamburger style -- that accompanies each document. Click this to reveal a host of options, including a new 'Reverse page order' option, which is particularly handy for scanned documents.

When creating output profiles from the program’s Tools menu, users gain options to customize the paper or overlay page orientation via a Rotate dropdown menu. Also added is a new 'Use save file name chooser' option in the PDF Printer > Auto Save section of Settings.

Elsewhere the internal file explorer tool has been re-enabled in the Creator component, complete with optimizations (and the ability to toggle it on or off via the View > Explorer menu).

The copy/paste function is now enabled for form fields in the PDF reader, while the printer’s file name detection has been improved. The program also revamps its detection -- and replacement -- of special characters in filenames to avoid potential issues elsewhere. There’s also a fix for a specific bug that could lead to incorrectly rotated pages in PDF files.

pdf24 Creator 9.0 is a freeware download for PCs running Windows XP or later.