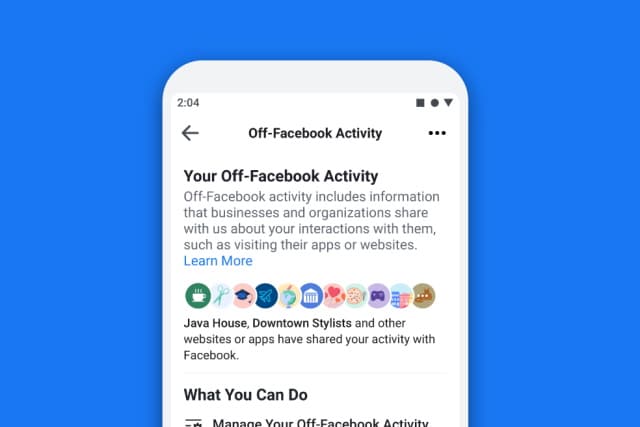 Facebook has launched a new privacy tool, giving users the chance to see and control the data the social network collects about them from other websites.

Called Off-Facebook Activity, the new tool lets users restrict what is shared to Facebook by apps and websites. More than this, it enables Facebook users to sever ties between websites and the social network, with a view to limiting the personalization of ads on Facebook.

Writing in a news post about the feature, Facebook's chief privacy officer, Erin Egan, says: "To help shed more light on these practices that are common yet not always well understood, today we're introducing a new way to view and control your off-Facebook activity. Off-Facebook Activity lets you see a summary of the apps and websites that send us information about your activity, and clear this information from your account if you want to. This is another way to give people more transparency and control on Facebook, along with recent updates to our Ad Library, updates to 'Why am I seeing this ad?' and the launch of a new feature called 'Why am I seeing this post?'."

Facebook announced the launch of Off-Facebook Activity on Twitter, going on to explain a little about what the feature means for users:

With Off Facebook Activity, you can see a summary of the info that websites and apps send to help show you relevant ads - you can also disconnect this info from your account. Learn more: https://t.co/xDUA9kieQP pic.twitter.com/aAIm1sci4D

There are three main features of Off-Facebook Activity, as the company explains:

Facebook says that the new feature "marks a new level of transparency and control", but in reality it will be seen as a tiny step in rebuilding the trust lost in the wake of numerous privacy scandals. Ever keen to be seen to be doing something Facebook says:

If you clear your off-Facebook activity, we'll remove your identifying information from the data that apps and websites choose to send us. We won't know which websites you visited or what you did there, and we won't use any of the data you disconnect to target ads to you on Facebook, Instagram or Messenger.

It adds, martyr-like: "We expect this could have some impact on our business, but we believe giving people control over their data is more important".

To start with, Off-Facebook Activity is being made available to people in Ireland, South Korea and Spain, but will ultimately be available to the rest of the world.