Microsoft will unveil new Surface devices in October, and Apple should be worried 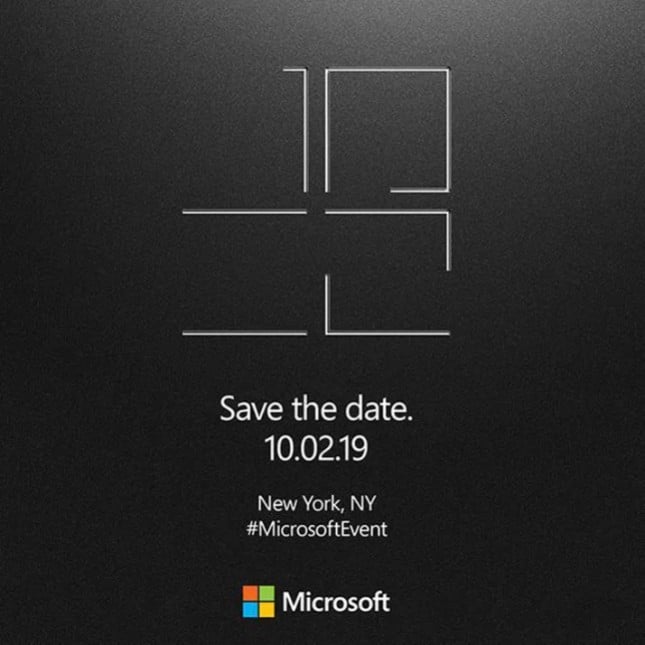 Jony Ive recently left Apple. The man was considered by many to be the top computer designer. Other people, including yours truly, thought Panos Panay of the Surface team was the superior designer. Well, with Ive gone, there is no longer any debate to be had -- Panay is undeniably the "top dog" and in a league of his own.

Apple will be holding an event next month, where the company is expected to not only unveil new iPhones and iPads, but also, a new MacBook Pro. And yeah, a new laptop from Apple is exciting stuff, but let's be honest -- it will probably just be an evolutionary design. Rumors suggest a MacBook Pro with a bigger screen and a huge price tag. True innovation seems to be coming from Microsoft lately, and this October, Panos Panay and his Surface team will unveil new devices in New York City.

Now, Microsoft could unveil radically redesigned Surface computers or maybe even introduce some new devices entirely. With that said, it could totally just be a ho-hum rehash of existing designs with mere specification bumps. Look, any of those scenarios would be cool, but consumers are chomping at the bit for a truly revolutionary device these days -- Microsoft really needs to deliver here.

There have been rumors of a dual-display Surface device, but I won't hold my breath on that one. What I'd truly like to see, however, is an official Microsoft Surface tablet running Android. No, this isn't a crazy idea -- it is quite realistic. Microsoft is largely a services company now, and this would be a great way to push its apps. The Windows-maker can truly dominate the Android tablet market, as there isn't much competition.

Another thing consumers would love to see is for the Surface Studio display to be made into its own product -- essentially divorcing it from the integrated computer. This makes sense, as that display is the best part of the computer -- it could then be used with any Windows machine. Taking this a step further, I would love to see a mini Surface desktop, similar to a Mac mini or Intel NUC. It would be interesting to see how Panay and team design that product type.

Oh well. All of this is merely speculation, and we will have to wait until October 2 to know officially. Surface products have a tendency to leak before official announcements lately, however, so we may learn more before that date. One thing's for sure -- Apple should be worried. Consumers are growing tired of faulty keyboards, missing ports, and insane prices.

15 Responses to Microsoft will unveil new Surface devices in October, and Apple should be worried