Apple beats Microsoft to the punch, will unveil iPhone 11 on September 10 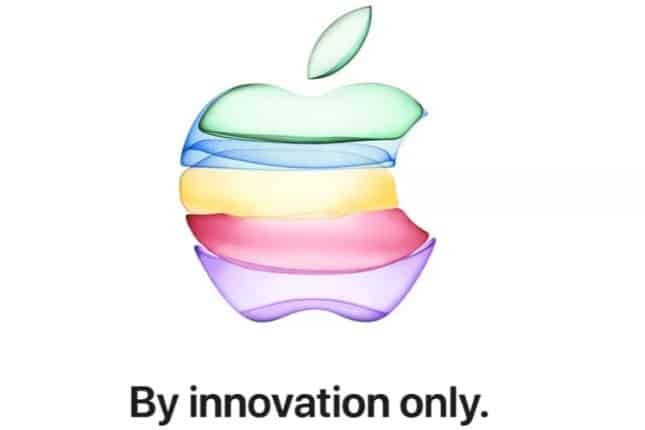 We all knew that Apple would be unveiling new iPhone smartphones next month, but now, we know the exact day -- September 10. Earlier today, Apple sent invitations to members of the press. Sadly, my invitation was lost in the mail. Once again, the product event will take place at the Steve Jobs Theater in the company's Cupertino, California "Apple Park" headquarters. Yes, this means Apple's announcement will happen nearly a month before Microsoft's upcoming Surface event.

BetaNews can confirm there will be three iPhone sizes -- 5.8-inch, 6.1-inch, and 6.5-inch. We can also confirm that the oft-rumored square camera bump is happening too. Yeah, that square is ugly, but it is pretty much a guarantee that it will take phenomenal photos. Rumors suggest the new smartphones will be branded iPhone 11, iPhone 11 Pro, and iPhone 11 Pro Max. Apparently, the company won't use "XI." It will be interesting to see what colors will be available, as the invitation image (seen above) suggests it could be a colorful affair.

While we know for sure that three new iPhone devices will be revealed, there are likely to be other announcements too. Rumors suggest a new larger base iPad, plus upgrades to the iPad Pro line.

There has been much chatter about a new 16-inch MacBook Pro with a $3,000 starting price, but that might be shown off at a later date. There's a good chance we will see a new Apple Watch though. And hey, the Apple TV is due for an upgrade too -- the 4K came out 2 years ago. We will have to wait until September to know for sure, however.

What products do you think Apple will unveil on September 10? Please tell me in the comments below.

24 Responses to Apple beats Microsoft to the punch, will unveil iPhone 11 on September 10