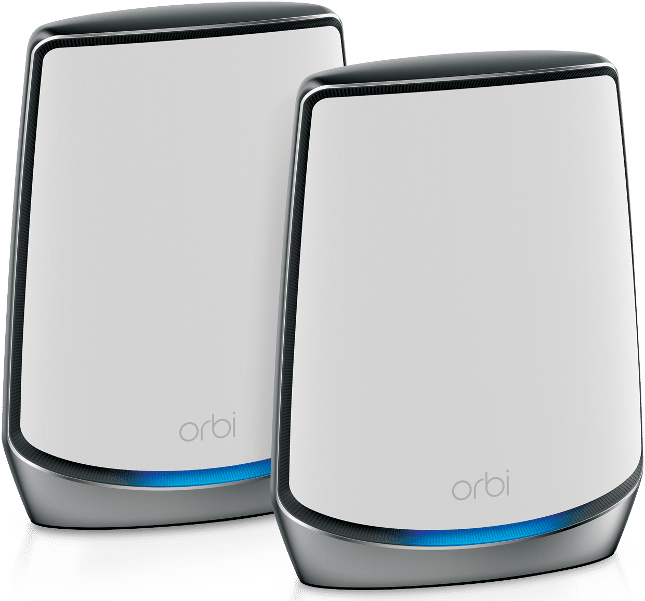 The two biggest technologies for wireless home networking right now are mesh and Wi-Fi 6 (also known as 802.11ax). Mesh has been around for a while now, but Wi-Fi 6 is still relatively new -- there simply aren't many 802.11ax clients out there. Over the next year or so, however, you will start to see the new wireless standard show up in more and more consumer devices, such as laptops, tablets, smartphones, and more. Yes, Wi-Fi 6 is the future.

Sadly, Wi-Fi 6 routers are still quite costly, making them unachievable for many consumers. Today, NETGEAR unveils a new 802.11ax product that doesn't buck that trend at all. In fact, the new Orbi Wi-Fi 6 Mesh System (model: RBK852) amplifies pricing even more. How much will it cost to have both Wi-Fi 6 and mesh from NETGEAR? This attractive two-access-point system will run you $700!

"Households now have a multitude of always-on and always-connected smart home devices many of which are running high-bandwidth applications like streaming 4K/8K Ultimate HD connections across multiple screens. The Orbi WiFi 6 mesh system has the capacity to support the traffic generated by the multitude of connected devices that are in the home today and for years to come. Similar to the difference experienced between driving on a congested four-lane highway compared to that of a sixteen-lane superhighway, WiFi 6 provides more streams so there is an increased capacity for more traffic ensuring that the fastest high-speed WiFi connected devices are not stalled by the slower ones," says NETGEAR.

The company further says, "Orbi WiFi 6 uses NETGEAR’s patented tri-band mesh technology with a patented dedicated backhaul to provide the ultimate smart home experience with seamless roaming. With 4x4 radios on both 2.4Ghz and 5Ghz fronthaul, as well as a 5Ghz backhaul, Orbi WiFi 6 is designed to cover any home with a host of connected devices. This latest generation WiFi technology is faster than ever before and will support your devices’ connections for years to come, with four times increased capacity for connections as compared to a WiFi 5 (802.11ac) system." 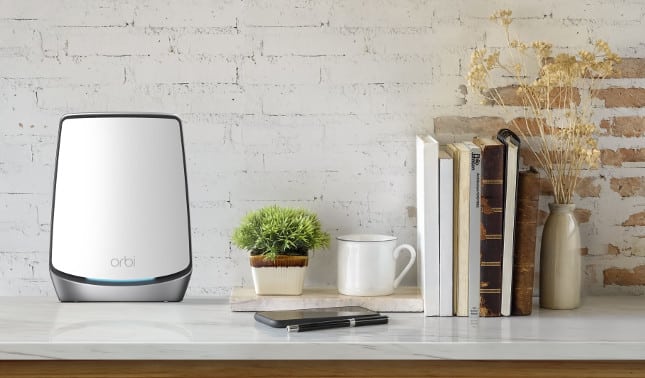 NETGEAR is pleased to be the first to bring to market the next generation mesh system capable of bringing multi-gigabit internet speeds to every corner of your home solving the need for greater speed, coverage and connection capacity. We are building multi-gigabit highways to the internet. NETGEAR launched our first Orbi Whole Home WiFi Mesh System in 2016 and introduced the world to the power of our patented tri-band mesh WiFi with a dedicated backhaul. Now in an era where there are more devices than ever competing for bandwidth, home WiFi networks are grinding to a halt. Only Orbi WiFi 6, with four times the network capacity of WiFi 5 (802.11ac) can solve for this problem.

If you have $700 burning a hole in your pocket, you can pre-order the Orbi WiFi 6 Mesh System here now. Sadly, you will have to wait nearly two months for it to ship -- the first of November, to be more specific. Should you pre-order? Well, I would have to say no. Look, NETGEAR networking hardware is often great, and I'm confident this will be too, but this system is overkill for most consumers.

Even if you have the need for such a product (the speed and coverage), I'd caution against ordering it before reviews are published. After all, $700 is a lot of money -- it would be painful to part with that much cash only to end up being unhappy with the performance. In other words, just sit tight, folks -- this cool tech will trickle down to normal consumers eventually. Let the early adopters test it out first.