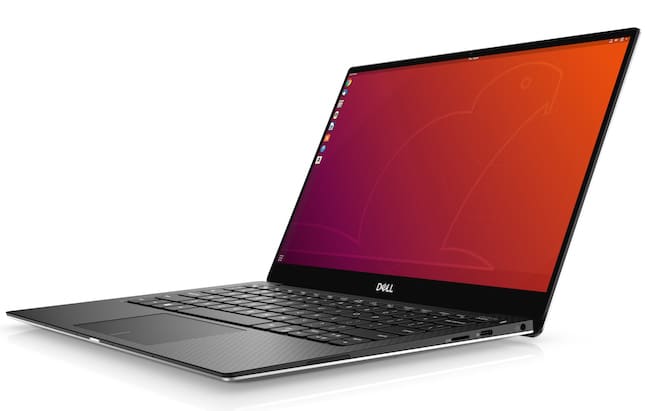 There are so many great Linux distributions these days, such as Netrunner, Deepin, and Zorin OS to name just a few. With that said, Ubuntu remains a great option for many. Since Canonical switched from Unity to GNOME, Ubuntu has been better than ever.

If you want a computer pre-loaded with Ubuntu, I highly recommend you check out System76's new Adder WS -- it looks to be a beast. If you want a laptop that it thinner and lighter, however, Dell's XPS 13 Developer Edition notebooks are definitely worth your attention. They have historically been very well-received by consumers, and no, they aren't just for developers. Today, Dell unveils the latest XPS 13 Developer Edition, and it is chock full of modern hardware.

George further says, "The XPS 13 developer edition is the cornerstone offering in the Project Sputnik portfolio. If you’re not familiar with it, Project Sputnik was kicked off nearly seven years ago with the goal of creating an offering driven by input from the developer community. Sputnik began as an exploratory effort but thanks to the interest and passion of the community the project became a product. The system being announced today, the 7390, represents the 9th generation of that initial offering."

Barton shares some of the specifications below.

So, let's get this straight. This laptop has super-modern 10th Generation Intel Core processors, bleeding-edge Wi-Fi 6 (802.11ax), Thunderbolt 3, and it comes pre-loaded with Ubuntu? Wow. Sign me up! Sadly, it won't be available until September 5 in the USA.

To make matters worse, only the quad-core Core i5 model will be available initially -- you will have to wait until October for the hexacore Core i7. Sigh. Pricing is unknown for now, but of course, it will vary based on configuration.