You can watch a live stream of Microsoft's Surface event 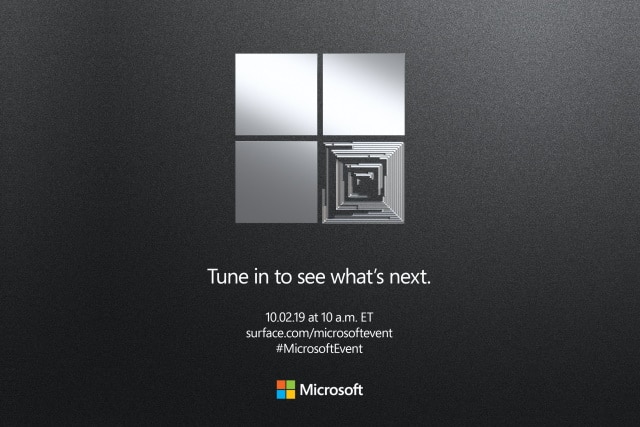 Next month, Microsoft has a Surface event coming up, and it's looking as though it could be a big one.

At the moment there are no hints about what we can expect to see at the event, but Microsoft has decided to live-stream it for the first time ever. We also know that head of Surface, Panos Panay, will be there, along with Microsoft CEO Satya Nadella.

Microsoft has given nothing away yet, but having two big names in attendance as well as offering up a live stream would seem to imply that the company has something to shout about. The Next Web speculates that the event could see the launch of a device codenamed Centaurus -- a dual screen Surface. It's less than three weeks until the event takes place, so we don't have too long to wait to see what's going on.

This October 2nd we're showing the world what's next for Surface & Microsoft...and we're doing it live. Tune in at https://t.co/gL1bQ1Wmas at 10am EDT. #MicrosoftEvent #GetReady #Pumped pic.twitter.com/opDaJOsLGf

As he says, on 2 October, you just need to head to surface.com/microsoftevent to see what Microsoft has to reveal.