According to a Harris Poll carried out for Google, 75 percent of Americans get frustrated trying to manage all their passwords.

At the start of Cybersecurity Awareness Month Google is launching new capabilities that make it easier than ever for people to create, remember, and save their passwords, and to know whether any have been compromised.

The Password Checkup tool released earlier this year as a Chrome extension is being integrated into the Google Account's password Manager. With just one tap, it automatically checks all your saved passwords for security issues. Later this year the technology will also be integrated into Chrome so you won’t need to add an extension.

But we know how hard it is to remember all the passwords for all of your online accounts (27 for the average person!). That’s one of the reasons people have developed bad habits, like using the same password across multiple services, which makes all of them as vulnerable as the weakest link. This is dangerous: if someone steals your password once, then they could access your information across different services using that same password.

Google is also launching other privacy features. These include an incognito mode for Maps, so activity like the places you search for, won't be saved to your Google Account and won’t be used to personalize your Maps experience. Auto delete of location history and web and app activity will be extended to YouTube too.

You can see the results of the poll on password habits in the infographic below. 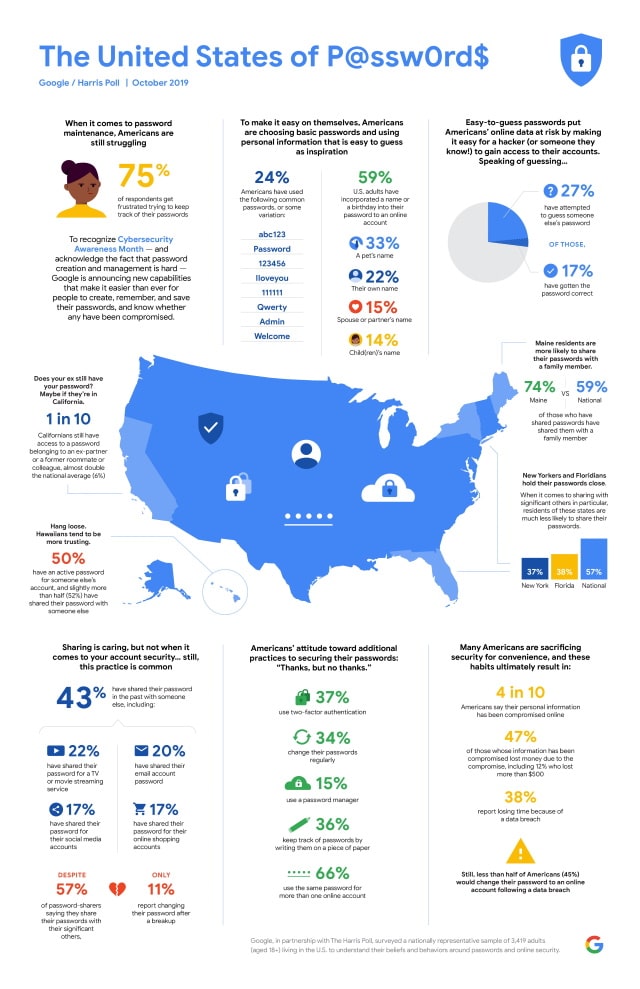