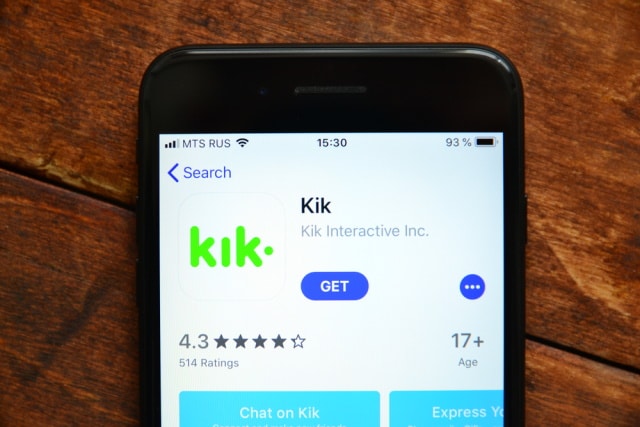 Things have been very much up in the air for users of Kik Messenger after its owner Kik announced plans to close down the messaging tool and focus on its Kin cryptocurrency. But now things have changed.

Kik has announced that Kik Messenger has been acquired by holding company MediaLab. While details of the acquisition and any deal between the two companies are sparse, one thing is clear: Kik Messenger will live on -- albeit with ads.

In a blog post that promises that "Kik's best days remain ahead of it", MediaLab reveals that it has bought Kik. It says: "Over the past few weeks there's been a lot of speculation about the future of the Kik Messenger. Today we’re excited to announce that we've finalized an agreement with Kik Interactive to acquire the Kik Messenger".

The company says that it is keen to listen to what the community is looking for from the service, and that its priority will be "making the app faster, more reliable, & less buggy". It goes on to explain that "we've made some decisions to pull back on a few features that we felt weren't optimized. For the time being, we will be discontinuing the video chat toggle as well as the 3rd party bots platform. Don't worry this doesn't include RageBot".

MediaLabs says that it is committed to Kik "for the long term":

We believe that Kik's best days remain ahead of it. As part of that long term commitment, we need to ensure that we're able to cover our expenses. So over the coming weeks we'll be introducing ads to the service. While we know that some of you may not love that idea we plan to do it in a way that it is non-intrusive, and in no way takes away from what makes Kik great (no annoying full screen video takeovers or things like that).

We know that Kik has been home to millions of you for many years. While we're really excited about all the potential, we promise to never lose sight of what makes Kik special.

It remains to be seen whether MediaLabs has the wherewithal to take Kik Messenger in the right direction, and whether its dedicated users are ready to be assaulted by ads.