Microsoft's Surface Pro X is better than any iPad* 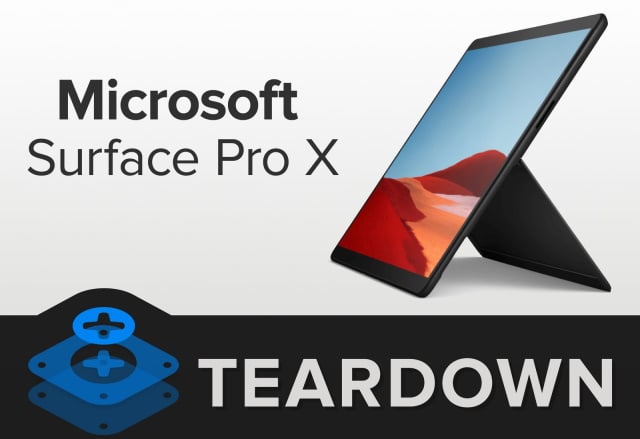 It's now a little over a month since Microsoft revealed the Surface Pro X, and the device only launched in the last few days. With those two milestones out of the way, one thing remains: a teardown!

True to form, this is exactly what iFixit has done, and the teardown experts have some great news for potential buyers. The Surface Pro X is better than any iPad. Ever. (*in terms of repairability, if nothing else.)

While there is an element of peaking behind the curtain to iFixit's teardowns, the ultimate aim of them is to see how repairable a device is. And with the Surface Pro X there are more than a few surprises.

There is an element of modularity to the hardware, which is great for repairability. Similarly good is the fact that the Surface Pro X uses the same SSD as the previously torn down Surface Laptop 3. And, as iFixit points out, "standardization is great for repairs!"

When iFixit looked at the Surface Laptop 3, it was praised for its use of magnets, and a dramatic improvement in its repairability score... and the same can be said of the Surface Pro X. After ripping apart the device, iFixit says: "All in all, the Surface Pro X is one of the more repairable tablets we've seen lately, and far more repairable than any iPad in the past nine years". In terms of its repairability score, the device is awarded 6 out of 10 -- a jump of five points over its predecessor.

So, apart from this revelation, what else did the teardown throw up?

With the exception of a heavily glued battery, everything is surprisingly easy to take apart, thanks in part to the use of magnets and Torx screws. Microsoft is criticized however, for placing cables in easy cutting distance of components whose adhesive needs to be attacked with a knife.

The kickstand is home to some "fancy mechanics", the display can be dismantled without the need for a heat gun, and the SSD is user-replaceable. Heaping praise on the company behind the tablet, iFixit says:

It would seem that Microsoft has placed at least one foot on the repairability train -- between this Pro X and the Laptop 3, we can hardly believe all the repair-focused changes they've made!

Check out the full Microsoft Surface Pro X teardown on the iFixit website.