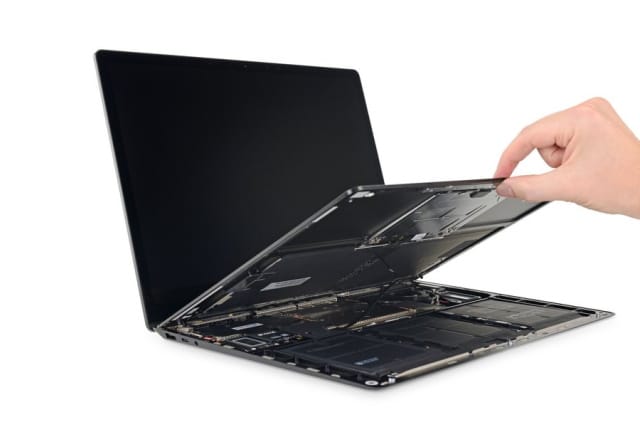 Microsoft recently unveiled the Surface Laptop 3 and, true to form, iFixit has taken one into the labs and ripped it to pieces.

The teardown shows that Microsoft has learned a lot, and the laptop is significantly easier to repair than the previous generation. While still a long way from perfect, the Surface Laptop 3 earns itself a huge jump in its repairability -- not least because it is held together in places with magnets.

iFixit doles out praise for the fact that "four screws and some sweet magnets are the only things keeping [the upper case] in place. You can finally close your Laptop seamlessly after a repair". The team says:

Without compromising the thin-and-light design, Microsoft somehow took one of the most un-repairable products we've ever seen and transformed it into something... respectable. It's got a top cover secured with magnets of all things, a modular SSD, and the most dramatically improved opening procedure of all time. It's not without issues, but make no mistake: Microsoft threw down a gauntlet here, and we were only too happy to pick it up and pull it apart.

The non-modular keyboard, soldered-on RAM, and aggressively adhered battery are still frustrating as ever -- maybe more so given all the other improvements. But we won't scorn the gifts we were given.

Also praised is a reduction in the amount of glue used in the laptop, the fact that the SSD is now removable, and the pleasing discovery that everything can be dismantled without destroying it -- although the battery is described as having a "miserable removal process".

You can check out the full teardown over on the iFixit website.