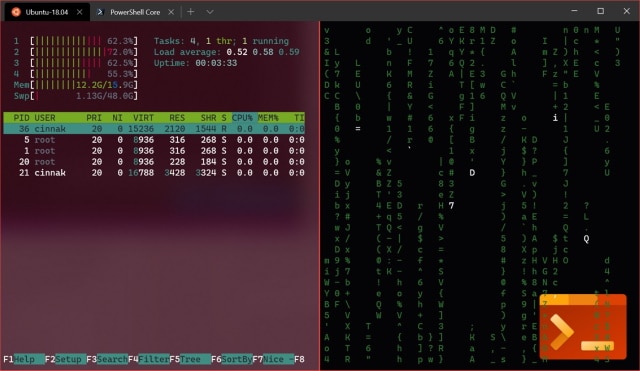 With the latest release of the Linux-inspired Windows Terminal preview, Microsoft just made the app a whole lot more useful and user-friendly.

The addition of a multi-pane option to Windows Terminal v0.7 means that it is now possible to run two terminals side by side -- something that will be appreciated by many users. Other changes include the arrival of tab re-ordering, and a thinning of the border around Terminal.

Writing on the Windows Command Line blog, program manager Kayla Cinnamon says: "You are now able to split your Terminal window into multiple panes! This allows you to have multiple command prompts open at the same time within the same tab".

She also explains that tabs can be re-ordered, and that you can now suppress all title change events that are sent from the application running within your Terminal

While there are several bug fixes in this release, it is still a preview version and issues remain, including with the new features. For now you're only able to open your default profile within a new pane, and tab re-ordering is currently not working when running the Terminal as administrator.

You can download Windows Terminal (Preview) v0.7 from the Microsoft Store; you can also get involved in the community on GitHub.