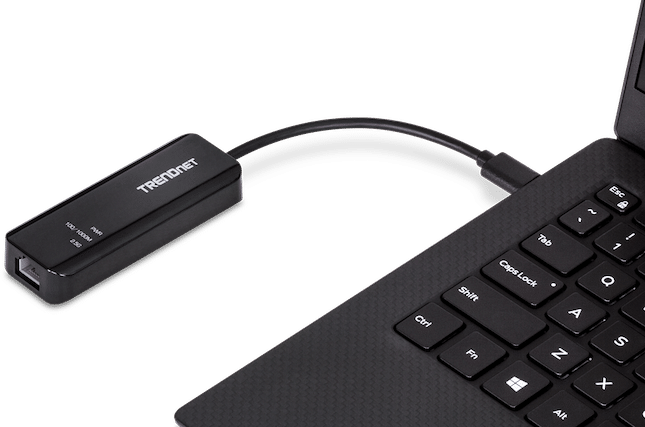 I wish all new laptops came with Ethernet ports, but sadly, it just isn't meant to be. You see, as computer makers try to make notebooks thinner, they omit important ports such as Ethernet. For many folks, this isn't a big deal, as they only use Wi-Fi anyway. Other consumers, such as yours truly, like having the ability to connect to a network using a cable.

Thankfully, an Ethernet port is just a dongle away! Thanks to USB, you have long been able to add hardwired networking to a computer without it. With new computers having USB-C ports running at 3.1 gen 2 speeds, it is time to think beyond Gigabit (1Gbps) -- 2.5 and 5Gbps.

TRENDnet makes USB-C to 2.5GBASE-T and 5GBASE-T Ethernet adapters, and I have been testing the former for several months now. To be honest, it doesn't matter which of those two adapters I was testing. since I don't have access to a network beyond Gigabit. In other words, the extra performance is sort of wasted on me -- depending on how you look at things.

What I really need is a USB-C Ethernet adapter to keep in my bag, so when I am on the go, I can easily connect to networks when Wi-Fi is not an option. Many businesses don't offer wireless networking for security purposes, so you can look quite foolish to show up with a laptop unable to connect. This is where the adapter comes in.

On my Windows 10 laptop, the adapter was "plug and play" -- I had no need to search for drivers, as Microsoft's operating system seemed to install them automatically. As of today, the TRENDnet TUC-ET2G drivers are reported as 10.34.603.2019 from Realtek, dated 6/3/2019. I didn't bother trying to install drivers from TRENDnet's website, as it had an earlier date. 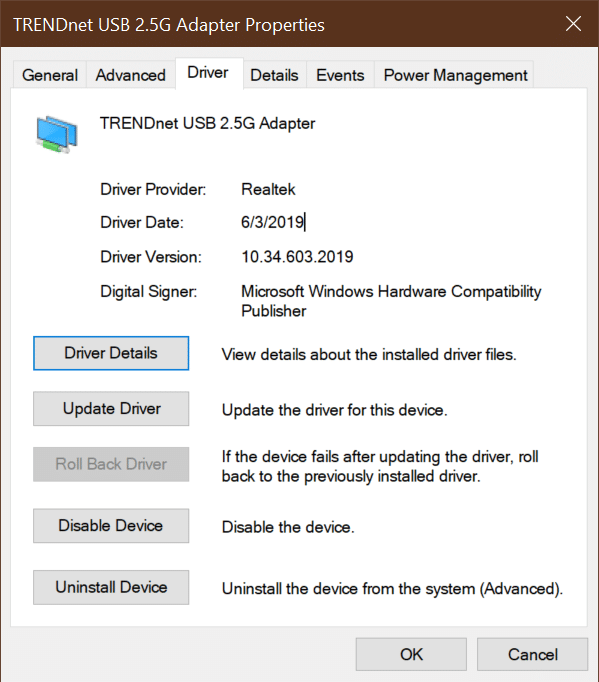 Also cool? The TUC-ET2G worked without issue on Linux -- despite TRENDnet not listing support. More specifically, on my desktop running Ubuntu 19.10, the adapter worked right out of the box -- no compatibility issues at all. It was identified as a generic "USB Ethernet" adapter, but hey, it worked! Since TRENDnet also offers macOS drivers, it is appropriate to say the TUC-ET2G is cross-platform. 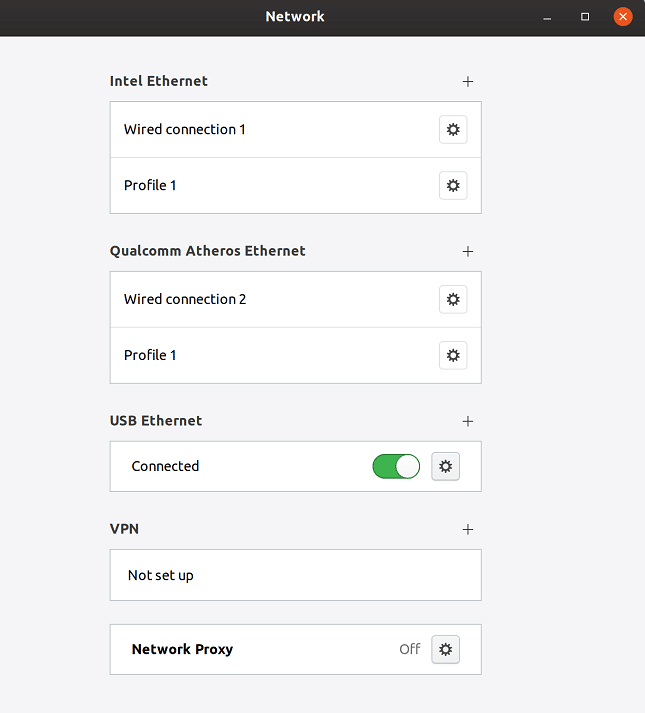 Ultimately, the TRENDnet TUC-ET2G worked flawlessly with all my testing, albeit entirely using Gigabit connections. It was just as fast as the onboard Ethernet ports found on my desktop and never got hot under heavy load. Build quality is quite nice too -- the plastic body has taken a lot of abuse and remains in great shape. It is essential tool in my life.

Do I recommend the TRENDnet TUC-ET2G? Absolutely. It is a wonderful Ethernet dongle that should make a great Christmas gift too. Even if you don't need 2.5GBASE-T performance now, it doesn't hurt to have it. At only $49.99 (found here), you might as well do some future-proofing and go with something beyond Gigabit. This way, when you do encounter a faster network, you will be ready to go.

The even faster TUC-ET5G costs $99.99 (found here), which at that price, makes it harder to recommend for those that don't absolutely need the better speed. That is literally double the cost of the TUC-ET2G.