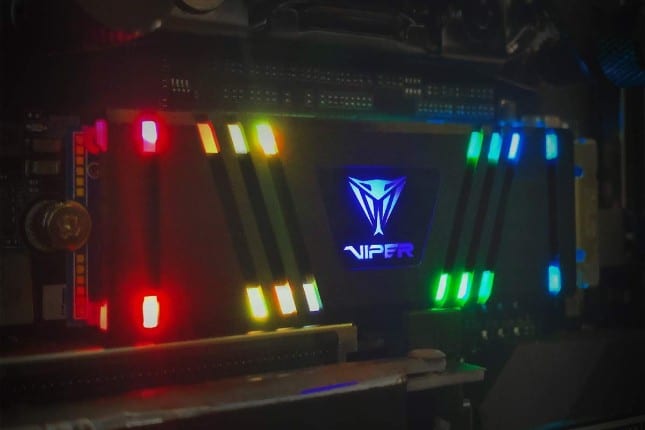 Do M.2 PCIe solid state drives need heatsinks? Need? No, but believe it or not, sticking a piece of aluminum on the drive won't only potentially extend its life, but it can make it faster too. Yes, really. You see, when these SSDs get hot, read and write performance can take a hit. And so, cooling can matter. Keep in mind though, a heatsink can prevent an SSD from being used in a laptop if there isn't enough room for it.

Today, Patriot (under its VIPER GAMING brand) is launching a new solid state drive that not only has a big aluminum heatsink, but it is very beautiful too. Called "VPR100," this M.2 2280 PCIe Gen3 x4 RGB SSD features customizable lighting and impressive read and write speeds. Does RGB lighting on an SSD really matter, though? Possibly. In some computers, the PCIe SSD can be hidden from view, making it a non-factor.

The company further says, "The VPR100 delivers exceptional sequential Read and Write performance with up to 3,300 MB/s Read speed on 1TB/2TB model and 2,900MB/s Write speed. The drive provides 4K random-read IOPs up to 700K and random-write IOPs up to 650K on 1TB/2TB model for exceptional throughput. Performance is enhanced thanks to the structure of the Intelligent SLC (Single Level Cell) caching algorithm, ensuring that data is handled quick and efficient. The VPR100 is built with the best-in-class components on a 10-layer PCB board for ensuring the best signal integration and excellent stability and an External Thermal Sensor to monitor internal temperatures of the drive and prevent the risk of overheating." 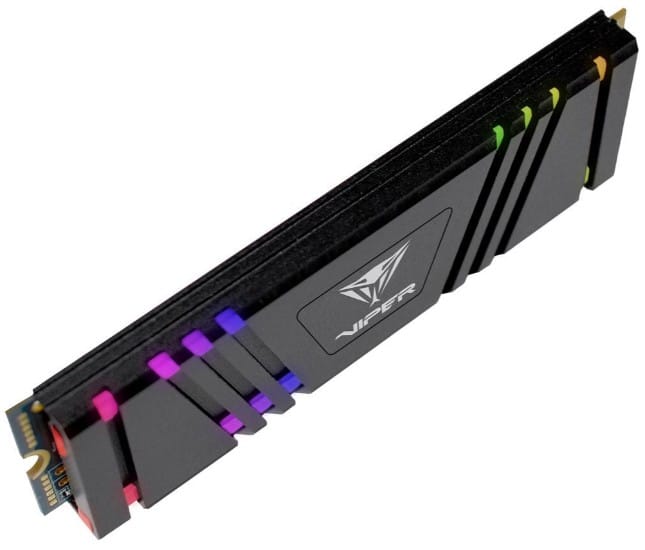