Microsoft now lets you make calls from your PC 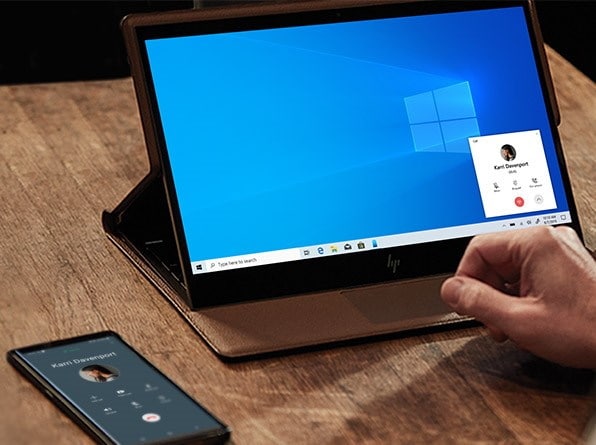 Microsoft has added a much called-for feature to its Your Phone app -- the ability to make phone calls from Windows.

Working with a phone and PC at the same time can be a pain, and this was part of the reason Microsoft developed the Your Phone app. The feature had been available to insiders testing preview version of the software, and now the company is making the feature available to everyone.

The Your Phone app has been widely praised for making life easier for any sick of jumping between the large screen of their PC and the small screen of their mobile. For some time, the app has made it possible to send and receive text messages and keep on top of mobile notifications, and the new calling options plug an important gap.

Microsoft announced the availability of the eagerly anticipated option in a tweet:

Thank you #WindowsInsiders for your feedback over the last couple of months. Today, we're pleased to announce the general availability of the #YourPhone app Calls feature, which allows you to receive and make phone calls on your PC: https://t.co/m47kLcXgbS pic.twitter.com/4GuIOXjR71

The option to make and receive calls is only available to Android users, and Microsoft has implemented a neat system that enables users to transfer call back and forth between phone and PC and they wish.

To take advantage of this feature, just make sure that you have the latest version of Your Phone installed.