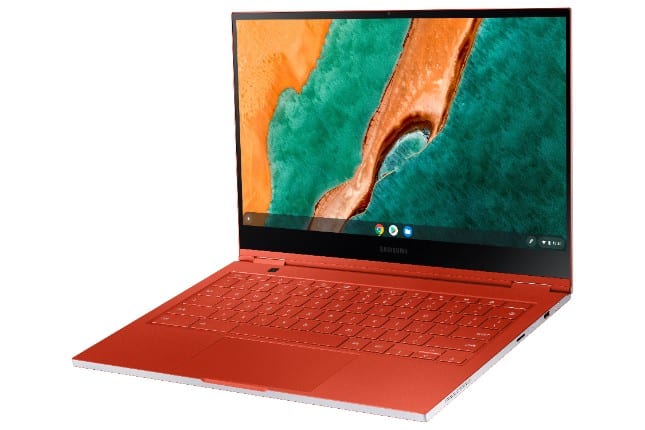 Google's Chrome OS has revolutionized desktop computing by stripping away the nonsense and allowing the user to focus on the task at hand. There is no clunky update system like Windows, nor is there the need for anti-malware software. Chromebooks just work, and they are very secure too. Best of all, they are often super affordable -- unlike Apple's overpriced MacBooks. While many folks can get by with web apps, the operating system also runs both Android apps and traditional desktop programs. If you haven't tried a Chromebook in a while, you will be surprised by just how great they are these days.

Today, Samsung announces a new premium Chrome OS convertible laptop that oozes elegance. The Galaxy Chromebook, as it is called, is just 9.9mm thin and features an aluminum chassis in either Fiesta Red or Mercury Gray colors. It has a built-in active stylus, 4K AMOLED display, and is powered by an Intel Core processor. It can even be configured with up to 16GB of RAM! It has the latest-and-greatest Wi-Fi 6 for connectivity plus two USB-C ports too. It even has a fingerprint reader -- a rarity for Chrome OS devices.

"The built-in pen lets you write, draw, and navigate Galaxy Chromebook quickly and efficiently—so you can share your brilliant creations on-the-go. Plus, with Google Assistant, time and energy is never wasted so you can focus more on the things that matter most. Co-engineered with Intel as part of the Project Athena innovation program, the Galaxy Chromebook passed rigorous testing to achieve the program’s experience targets and hardware specifications, ensuring it consistently delivers the responsiveness, instant wake, and battery life that ambitious people need to focus from anywhere. The speed and efficiency of Galaxy Chromebook is powered by the latest 10th Gen Intel Core i5 processor along with Intel Wi-Fi 6, so everything you do is fast, smooth and uninterrupted," says Samsung. 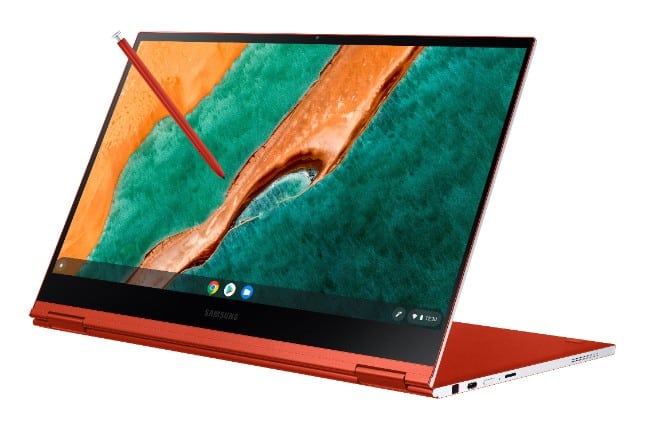 The company further says, "Offering a cinema-like viewing experience, Galaxy Chromebook boasts a stunning AMOLED display -- the first ever featured on a Chromebook -- that delivers 4K UHD resolution for incredible picture quality, right in your hands that can be taken with you on the go. Coupled with a near-infinite screen and slim 3.9mm bezel, this device offers true-to-life visuals for immersive gaming and crystal-clear photo viewing and editing. Available later this year, Galaxy Chromebook will soon come with HDR400 that delivers high-contrast graphics, along with Ambient EQ capabilities, so you get a viewing experience that’s vivid and easy on the eyes, so that you never walk away from your computer feeling strained." 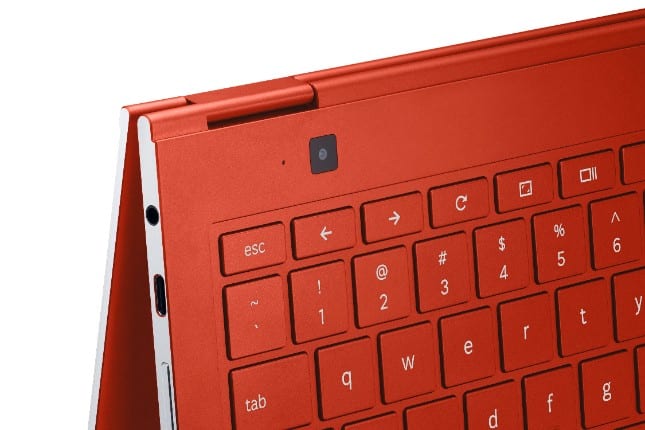 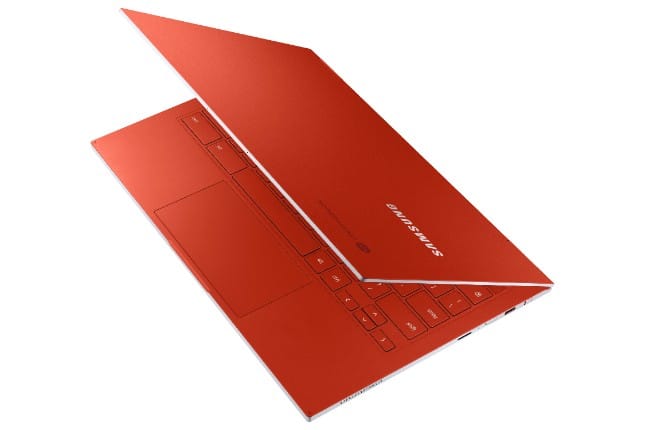 For years, students have come to love Chrome OS in classrooms around the world -- but today, Chromebooks are being used for so much more, by the younger generation and working-professionals alike. As we see the demand for premium Chromebook experiences rise, we are investing more and more with partners like Samsung to build the next generation of flagship Chromebook product innovations and offerings.

The Samsung Galaxy Chromebook will go on sale later this quarter -- sometime in January, February, or March. Pricing will start at $1,000, and will go up depending on specifications. Unfortunately, Samsung has not yet revealed all of the configurations.

Are you excited to buy the Samsung Galaxy Chromebook? What color will you pick? Please tell me in the comments below.