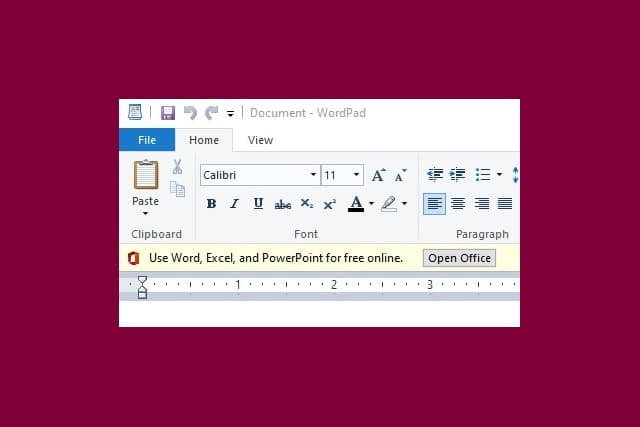 Over the years Microsoft has taken numerous controversial decisions with Windows 10, including installing sponsored apps, using the Start menu to advertise apps it thinks you might be interested in, and -- of course -- the various forms of data-collecting telemetry.

Now it has been discovered that more ads could be on their way. A Windows researcher has uncovered ads in WordPad encouraging people to try out Word, Excel and PowerPoint online.

News of the ads was shared on Twitter by Rafael Rivera, and it was met with a mixture of indignation and reluctant acceptance. Reaction was mixed because while some people saw little wrong with Microsoft advertising a free service rather than trying to encourage people to part with money, there was still a widespread feeling that it was an invasive move.

BREAKSCLUSIVE: Microsoft WordPad is getting a new feature! An ad for Office web apps!

It is not known if or when the ads will appear to a wider Windows 10 user base, or how widespread the ad campaign could be.