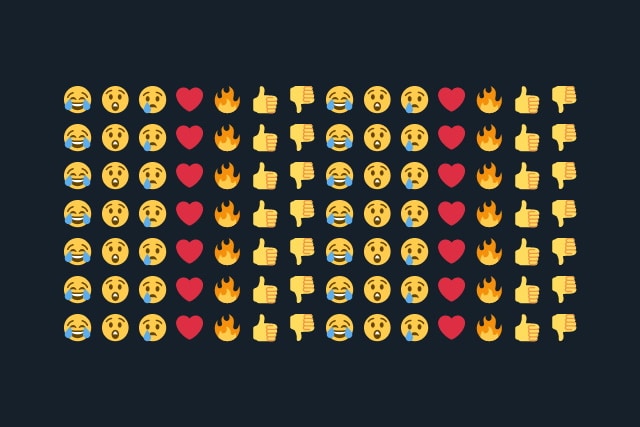 Taking a leaf out of Facebook's book, Twitter has added a new emoji reactions feature.

Unlike Facebook, Twitter reactions are only available for direct messages, not individual posts, but it still adds a new way to respond to messages. In all, there are seven emoji reactions: crying, surprised, sad, heart, flame, thumbs up and thumbs down.

On a support page, Twitter explains how reactions work: "It's quick and easy to add an emoji reaction to a Direct Message -- both text and media attachments. To add a reaction, hover over the message and click the reaction button (heart and plus icon), or double tap on the message and pick an emoji from the pop-up. You can undo a reaction at any time and it will be removed from the message for all participants. Click or tap on a reaction in a conversation to view who reacted to the message. Additionally, all conversation participants will receive a notification any time a new reaction is added to a message".

The company hinted at the feature in a slightly mysterious tweet:

To add a reaction, click the ❤️➕ icon that appears when you hover over the message on web or double tap the message on mobile and select an emoji from the pop-up.

Emoji reactions are not compatible with all versions of the Twitter app, as the company explains:

People using an older version of the Twitter for iOS or Android app that doesn't support message reactions will see reactions displayed as text-based messages.

One Response to Twitter adds emoji reactions to DMs