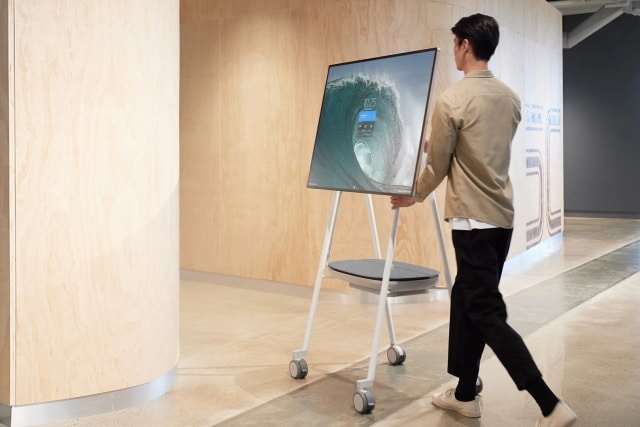 A leaked webinar shows that Microsoft's plans to release a processor- and GPU-enhancing upgrade cartridge have been put on hold, with the company now planning to release a "major software update" for Surface Hub and Surface Hub 2

The news was shared by the famously reliable leaker WalkingCat on Twitter:

"may or may not" pic.twitter.com/Ftx7WDGeQW

In a statement given to the Verge, Microsoft was unwilling to shed much light on what the future holds for the compute cartridge:

We have an ongoing dialogue with our customers on Hub and are working to align the roadmap to best meet their needs. The top two priorities for Hub in 2020 are deploying the 85" device and rolling out an OS update that includes many top features customers have been requesting since Surface Hub 2S launched, including improving IT integration, deployment and management capabilities at no cost for all version 1 Hubs and Hub 2S devices. We'll have more to share in the coming months.