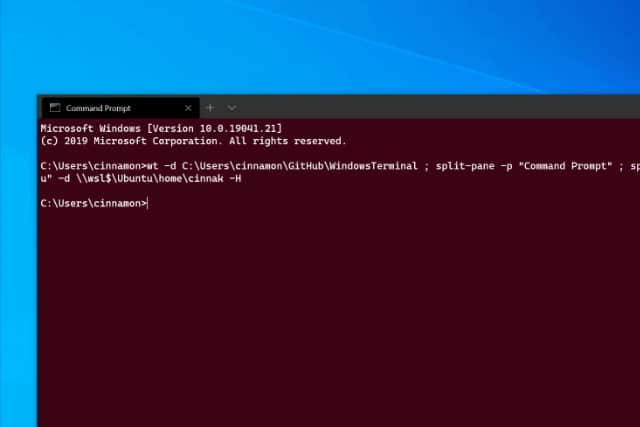 Microsoft has released Windows Terminal Preview v0.9 with a glut of new features and options. The company says that this update is the last release that will include new features before v1 launches.

In terms of what's new, there's a lot to explore. The latest version of Windows Terminal will now detect any version of PowerShell and automatically create a profile for you, and the wt execution alias now supports command line arguments.

Command line arguments for the wt execution alias is an important change, giving users a great deal more control over things. For anyone who frequently works with multiple tabs and is tired of having to confirm closing each of them, there's good news -- you can now set "confirmCloseAllTabs" to true at the top of your profiles.json file and never be pestered by the confirmation message again.

In a post about the release, Microsoft highlights a number of other improvements and bug fixes:

You can download the Windows Terminal from the Microsoft Store or from the GitHub releases page.